The final piece in the SPAR Eastern Cape Schoolgirls Hockey Challenge puzzle was put in place when Queenstown Girls’ High School (GHS) retained their title in the East London Inland leg on Sunday.

Playing in Komani (formerly Queenstown), the defending champions defeated Aliwal North High in the final to qualify for the provincial playoffs in Gqeberha on August 13 and 14.

GHS put in a dominant performance to beat their Aliwal rivals 3-0 in the tournament decider.

Aliwal North were contesting their second regional final, having reached the same stage in 2017 when they were beaten 1-0 by Kingsridge.

“It was a lovely, crisp morning in Queenstown and it was exciting to have a record 10 teams competing in this regional tournament,” she said. “This included Umtata High, who were playing in the event for the first time.”

Forword praised the level of hockey, with GHS and Burgersdorp dominating pool B and Aliwal North and three-time regional winners Kingsridge being the teams to beat in pool A.

“Pool B was a very strong section, with Burgersdorp and GHS playing some really good hockey throughout the morning,” she said. 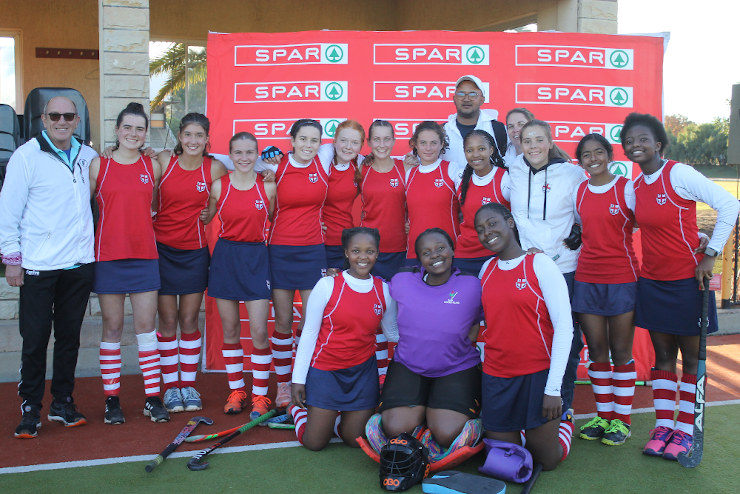 “When the chips were down, GHS produced their best hockey to beat Burgersdorp 3-1 in the pool game to give them first spot.

“In pool A it was a similar story as Aliwal North and Kingsridge dominated, with Aliwal North winning the key match 3-0 to qualify for the final.”

She added that the final got off to a slow start as the teams tried to find their rhythm in the first 10 minutes.

“The deadlock was broken by a very good field goal by GHS and they then quickly capitalised on their lead with a further two goals to run out 3-0 winners.

“Aliwal North never gave up and pushed really hard in the last few minutes but could not convert any of those chances.”

“After two years of disruption because of Covid, it was so good to get back onto the field and we are super impressed with the level of hockey, despite the time the girls have missed,” he said.

“Again, the spirit shown by the girls and spectators and the vibe of the occasion makes this a special tournament for us and we look forward to the final showdown in August.”

The other teams who will play in the provincial finals are DSG (PE Inland), Collegiate (PE Coastal), Clarendon High (EL Coastal) and Outeniqua (Southern Cape).