Four-time champions York High will have a target on their backs when they defend their title in the Southern Cape leg of the SPAR Schoolgirls Hockey Challenge in George on May 7.

This annual event, which features five tournaments across the Eastern and Southern Cape, is back on full steam after being disrupted by the Covid-19 lockdowns in 2020 and 2021.

DSG (PE Inland leg) and Collegiate (PE Coastal leg) have already secured their places in the provincial finals, which will take place at Collegiate in Gqeberha on August 13 and 14.

Five teams will line up to try to claim the bragging rights in George when the Southern Cape leg takes place at Outeniqua High.

Tournament organiser Matthew Blair said they were thrilled to be back on track with a full version of the challenge.

“We are incredibly excited to be back in the Southern Cape and can hopefully grow the SPAR Schoolgirls Hockey Challenge in the area in years to come,” he said.

“York will be looking to defend their title from 2019, but I believe it will be a tight race for the top honours.”

In the four years of the competition taking place in George, York have finished as the winners on each occasion. 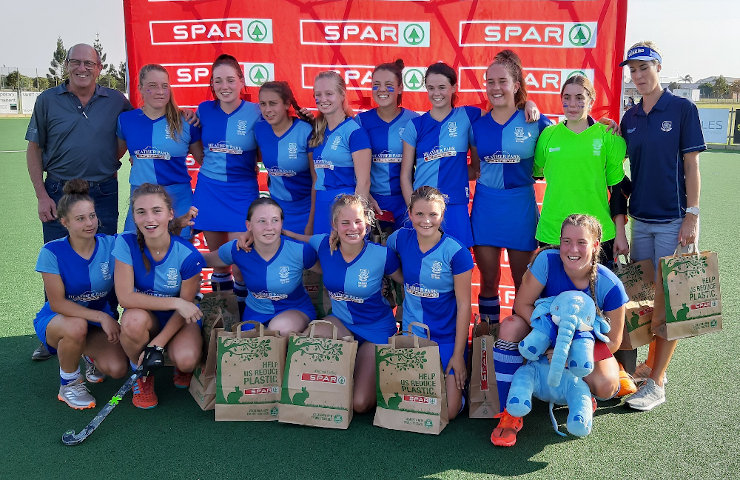 York High, winners of the last tournament in 2019, will be looking to make it five in a row when the Southern Cape leg of the SPAR Schoolgirls Hockey Challenge is played at Outeniqua High in George on May 7. Photo: Supplied

They shaded Oakhill in the 2016 decider and have had the better of Outeniqua in the remaining three finals, although two of those went to a penalty shootout.

York also reached the provincial final in 2017 but were beaten by East London outfit Clarendon High.

Blair said with matches being restricted to 25 minutes one way, there was always a lot of pressure on the players to achieve a result.

“But they always seem to embrace the challenge and there have been some really good contests already this year,” he added.

“In George, the teams will play in a round-robin format, with the top two sides qualifying for the final.”

SPAR Eastern Cape sponsorships and events manager Alan Stapleton said they were delighted to continue their association with the region.

“It is very special to be able to welcome a spectrum of schools to these events to give them the opportunity to compete, have fun and to make friends.”

He added that the event was the perfect opportunity to showcase the values which SPAR promoted.

“It helps us to underline SPAR’s commitment to supporting women’s sport, while also being able to interact with the youth and spread a message of community and family support within a competitive but fun-based environment.”

This tournament will be followed by the EL Coastal leg in East London on May 15 and the EL Inland leg in Queenstown on May 22.