They claimed the title for the third time after also coming out on top in 2016 and 2019, before the pandemic prevented the tournament from taking place for two years.

SPAR EC sponsorships and events manager Alan Stapleton said they were delighted to see some sporting action once more.

“It was wonderful to be able to get back on the turf and to experience the competitive fun and camaraderie that walks hand-in-hand with the SPAR Schoolgirls Hockey Challenge,” he said.

Tournament director Matt Blair said it had been another excellent display of schoolgirls hockey.

“DSG were definitely the best team in their group, winning their matches fairly comfortably, although they were pushed hard by Union High, with the Makhanda team eventually getting home 1-0.”

Blair said the format of the competition, where matches were played over 40 minutes, meant there was always pressure on the players.

Although being well-beaten by DSG in their opening match, he added that Victoria Girls’ showed plenty of spirit in their play. 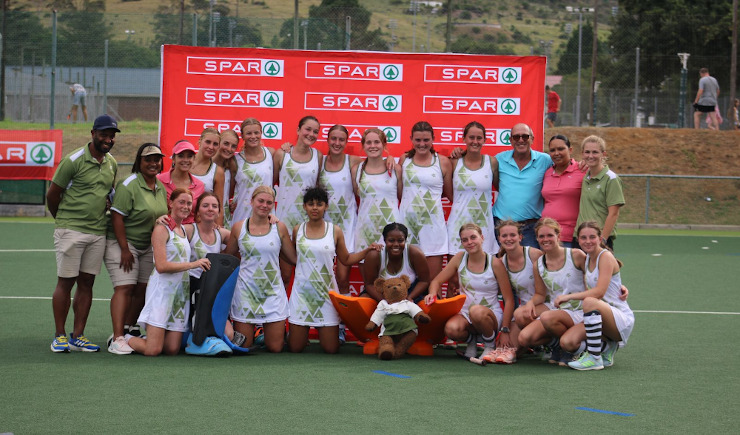 “Despite the loss, they came back to fight their way to a 1-0 win against Union High,” he said.

“That helped them qualify for the third-place playoff against another Graaff-Reinet school, Volkskool.”

In the other section, the battle for supremacy came down to the final round-robin match between Kingswood and Volkskool after both teams had scored comfortable victories against Brandwag.

Kingswood, however, held their composure when the heat was on to win 2-0, qualifying for their final against Makhanda rivals DSG.

Blair said the finalists produced a clash worthy of the occasion.

“It was a really hard-fought game and, in the end, it came down to DSG taking their opportunity to score the winning goal.”

Volkskool proved too strong for Victoria Girls’ in the playoff for third, winning 4-1, while Union ended the day on a high after beating Brandwag 4-0 to finish fifth.

In winning the Makhanda leg, DSG became the first team to qualify for the provincial finals at Collegiate in Gqeberha on August 13 and 14.

The attention now turns to the PE Coastal leg at Woodridge on Sunday, March 13.

After a two-month break, the tournament resumes with the Southern Cape event in George on May 7, followed by the EL Coastal leg in East London on May 15 and the EL Inland leg in Queenstown on May 22.