Excitement is in the air as players prepare to “bully-off” at the SPAR Eastern Cape Schoolgirls Hockey Challenge, which gets underway in Makhanda on Sunday (March 6).

The popular tournament, where matches are played on a shortened format, is finally back after languishing in the Covid-19 wilderness for two years.

The PE Inland Regional event will take place at DSG with six schools vying for bragging rights and the chance to represent their school in the provincial finals in August.

SPAR EC sponsorships and events manager Alan Stapleton said they were “really pleased” to have the Schoolgirls Hockey Challenge back on track.

“It is always a lot of fun to visit Makhanda and to move back to some form of normality on the school playing fields,” he said.

“It is very special to be able to welcome a spectrum of schools to these events, to give them the opportunity to compete, have fun and to make friends with some of the schools against whom they don’t often play.”

He added that the event was the perfect opportunity to showcase the values which SPAR promoted.

“It helps us to underline SPAR’s commitment to supporting women’s sport, while also being able to interact with the youth and spread a message of community and family support within a competitive but fun-based environment.” 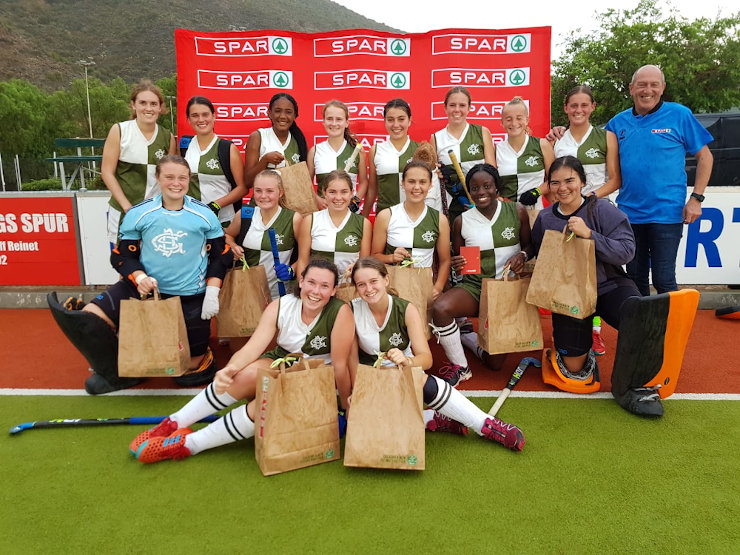 DSG, winners in 2019, will be chasing another title when the SPAR Eastern Cape Schoolgirls Hockey Challenge gets under way with the PE Inland Regional leg in Makhanda on March 6. The tournament has not been held for two years because of Covid-19. Photo: Supplied

Tournament director Matt Blair said everything was proceeding as planned after players and organisers suffered from Covid disruptions in 2020 and 2021.

“Since the beginning of Covid, this has been the first tournament where there has been no disruption or hesitation in the lead-up,” he said.

“So far 2022 seems like it will be the first year where school sport returns to normal and we are incredibly excited to get back on the turf for the Schoolgirls Hockey Challenge.”

The teams competing in Makhanda are DSG, Kingswood and Victoria Girls’ from Makhanda, Union High and Volkskool from Graaff-Reinet and Brandwag from Kariega.

Blair said the fixtures still had to be finalised but that the tournament would be played on a round-robin basis, with the top two teams contesting the final.

The PE Inland leg was last played in March 2019, when DSG were the winners.

Following the tournament in Makhanda, the PE Coastal leg will take place at Woodridge on March 9.

Then there will be a two-month break before it resumes with the Southern Cape tournament in George on May 7, followed by the EL Coastal leg in East London on May 15 and the EL Inland leg in Queenstown on May 22.

The provincial finals will be played at Collegiate in Gqeberha on August 13 and 14.