Ace Gqeberha runner Ntombesintu Mfunzi will continue a special relationship with the Women’s Challenge when she competes in the SPAR Grand Prix Gqeberha 10km at Nelson Mandela University on Saturday.

The invitational event, which is part of the Grand Prix Series, will take place on a course of three laps at the South Campus, ending with a 300-metre stretch on the tartan track in the Madibaz Stadium.

The maximum field of 250 entrants is a combination of professional athletes and leading local runners, providing the latter with a chance to test themselves against some of the best competitors on the African continent.

In an event with the focus purely on women, Mfunzi said the Grand Prix had provided many lessons for female runners over the years.

“In South Africa we don’t often experience separate race starts for men and women,” she said.

“That’s why the Grand Prix has become so special as it teaches us to run without being paced by men. It teaches us to be in control of the race pace and it teaches us to focus only on our competition as women, which helps us to prepare for international races.”

Mfunzi said including runners from other countries had raised the standard of South African athletes.

“It has forced our local runners to leave their comfort zones, providing them the opportunity to run good times on home soil without having to go overseas. 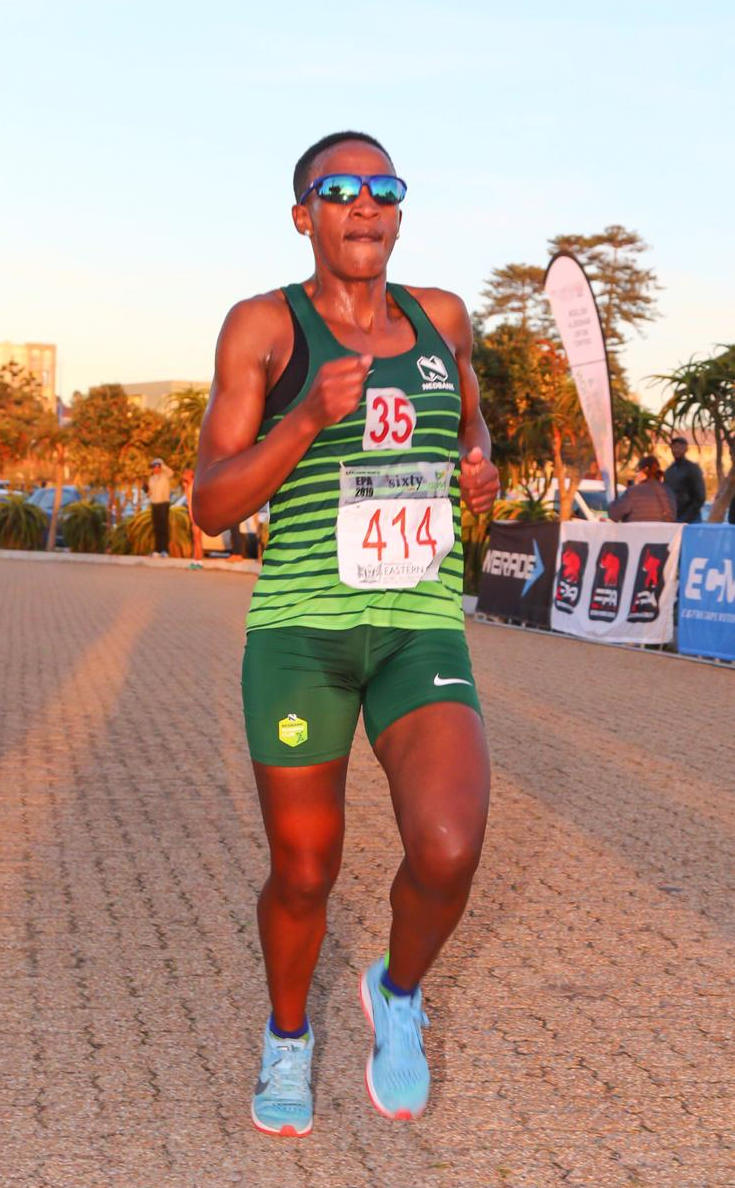 Ntombesintu Mfunzi is one of the Eastern Province runners who will be taking part in the SPAR Grand Prix Gqeberha 10km at Nelson Mandela University on Saturday. Photo: Supplied

“And we know not everyone gets that chance, so we are really grateful to the SPAR Grand Prix for giving us this opportunity.”

She first took part in the Women’s Challenge in 2003 and relished the platform it provided to celebrate women.

“This race has always been very special to me,” she said. “What I like is that they give us a chance to be celebrated as women, not only once on August 9, but throughout the year as there are six legs.

“I would say the Women’s Challenge embraces women’s power and independence. To me every event that I run feels like I have just delivered a message that our lives matter as women – just give us a chance to live our lives free.”

Mfunzi once suffered a rape ordeal and said running, manifested in the Women’s Challenge, had given her the confidence to believe in herself as a woman and to rise above that horrific occasion.

“I could not think of any better way of fighting it than using running to maintain my sanity during my healing process,” she said.

“My first ever race was the SPAR 5km in PE in 2003 and today I’m proud to say running has helped me to overcome my rape ordeal.

“So I am a product of the Women’s Challenge.”

Due to Covid-19 restrictions, no spectators will be allowed at the event. You can follow the race via live streaming on the SPAR Grand Prix Series Facebook page and track runners live using the SportSplits app.