Waves of maroon blanketing the beachfront and other popular running areas in Gqeberha and across the Eastern Cape were the sign of a highly successful SPAR Virtual Women’s Challenge on Saturday.

The final numbers still need to be confirmed due to manual entries received last week, but SPAR Eastern Cape promotions and events manager Alan Stapleton said thousands of people had joined in the fun of South Africa’s most beautiful road race.

Forced to go virtual because of Covid-19 lockdown restrictions, he said this proved to be no barrier to continuing the camaraderie which the event had engendered since its introduction over three decades ago.

“We were extremely pleased with how the day unfolded,” said Stapleton.

“From sunrise, pockets of runners in their groups, and in their maroon shirts and buffs, could be seen enjoying an almost perfect day. This grew during the day to floods of maroon all over the Eastern Cape region.

“Even more encouraging was the massive social media coverage generated, while women, men and children around the province enjoyed the opportunity to celebrate their special friendship while exercising together.”

He said they estimated that around 5 000 runners participated across the Eastern Cape, while there were almost 58 000 entries nationally.

At the heart of the Women’s Challenge ethos is raising funds for charity organisations, with the Eastern Cape beneficiaries this year being Masimanyane in East London and On Eagles’ Wings in Jeffreys Bay. 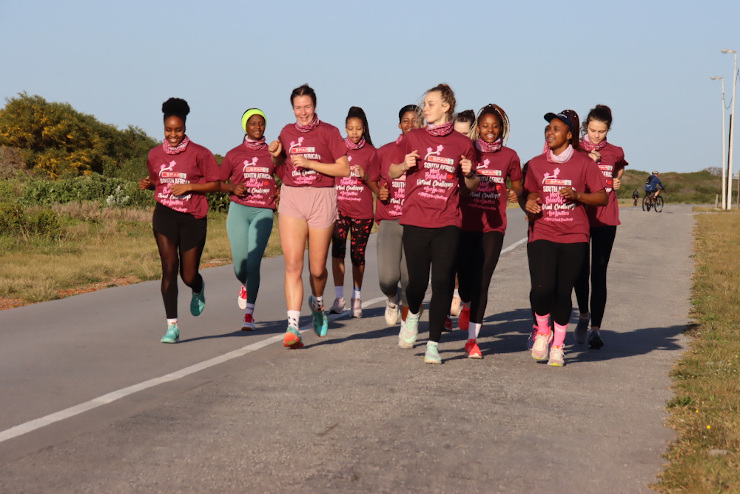 Both charities have a strong focus on helping women and families who have been the victims of gender-based violence.

Following the example of the Gauteng regions last year, the Eastern Cape chose several ambassadors to promote the Virtual Challenge, which Stapleton described as “a huge success”.

“The whole idea gelled into a little SPAR family, led by Gino Fabbri, who was one of the hosts at the studio from which the event was streamed,” he said.

“Others led teams of friends on routes in the city, highlighting iconic venues such as the Donkin Reserve, St George’s Park and the beachfront. There was also a visit to the penguins at SANCCOB.

Stapleton said, although done on a virtual basis, it was special to have South Africans from all over able to participate and celebrate women together.

“While there were logistical problems, we will learn from these and if we are still unable to host an actual event, we are sure that the 2022 version will be even better.”