Madibaz netball star Jeanie Steyn is relishing her role as an ambassador for the SPAR Women’s Virtual Challenge as she strives to inspire others to live a life without limitations.

The tagline for this year’s Women’s Challenge is #LiveLimitless and the Nelson Mandela University fine arts master’s student is thrilled to be part of that movement.

The 26-year-old is one of several ambassadors nationwide SPAR has chosen to promote the annual run, which will take place on September 4.

Due to the Covid-19 pandemic, it will be a virtual race, with entrants choosing their own distances and routes. The run will be restricted to 75 000 entries across South Africa.

The Grand Prix series for elite runners will also be held this year in six centres around the country, with a limit of 250 entries per event. It will culminate with the final race in Port Elizabeth on October 9 finishing at the Madibaz Stadium.

Meanwhile, Steyn plans to use her ambassador role as a platform to inspire others.

“It is an honour being involved in such an amazing event and being an ambassador will allow me to become involved in my community and to connect with those around me,” she said.

“So far it has been incredible. I have met truly inspiring people and that encourages me to inspire others to realise that limitations are illusions and that every day we are able to live limitless.” 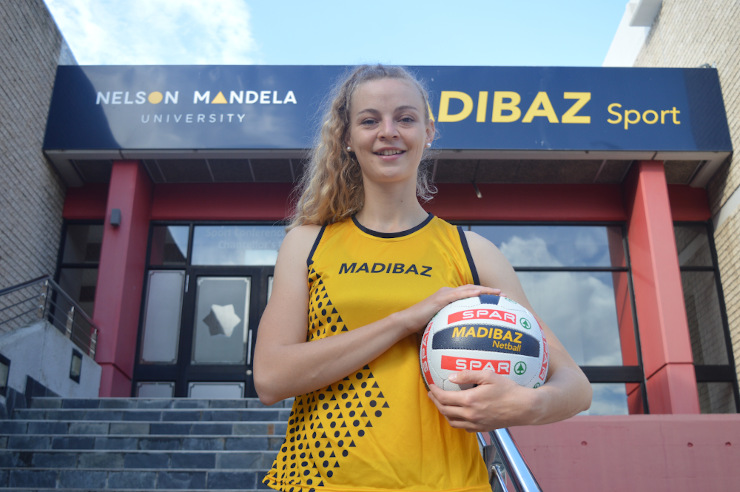 Madibaz netball star Jeanie Steyn is relishing her role as an ambassador for the SPAR Virtual Women’s Challenge, through which she wants to inspire others. Photo: Supplied

Steyn added that SPAR’s focus on helping communities had become her mission as well.

“Through my actions I want to encourage people to get involved, whether it is in their communities or in their work or social environments.

“I truly believe by doing positive things together we subconsciously inspire each other to live without boundaries.”

The Madibaz player already has a strong connection with SPAR through the retailer’s support of women’s netball.

“We are grateful for SPAR’s involvement with netball which has created numerous opportunities in the sport, benefitting players, including myself,” said Steyn.

“Through SPAR we, as Madibaz players, are able to coach and reach out to other young players and coaches in our community. SPAR has allowed netball to grow within our club, as well as in schools around us.

“Their involvement has enabled us to present coaching clinics and outreach projects in which we aim to upskill players and coaches and inspire them to continue playing the sport.”

As the pandemic affected the hosting of clinics in local communities, Steyn said they were forced “to think outside the box”.

“During lockdown we had to find a new approach to still reach the communities through our outreach projects, so this year we started with our virtual coaching clinics.

“We presented quality coaching skills and development courses for coaches through our head coach Lana Krige. We captured these on video and distributed them through a virtual medium, with all Covid protocols adhered to.

“Also, our aim is to make lasting change within communities through planting of trees at schools and the upgrading of netball courts and facilities. These projects will continue during the year.”

When it comes to this year’s run, Steyn said she would be out there.

“Ever since Madibaz netball decided to support this event in 2018, I have participated,” she said.

“Even when it was cancelled last year, I still did the virtual #BeSunshine SPAR run. I have already entered and I will certainly participate on September 4.”