The team won the regional playoffs for the first time since the inaugural event in 2016 to qualify for the provincial finals, which they will host on July 31 and August 1.

The PE Coastal leg is one of five tournaments which take place annually in the Eastern and Southern Cape, with the grand finale deciding the year’s provincial champions.

Collegiate were also the overall winners in 2016 and, with matches played over 25 minutes, they again showed their ability to handle the intensity of the competition by netting four goals against Pearson without reply.

The two teams qualified for the final after heading their respective pools following the league phase of the event.

The eventual winners were quick off the mark with a goal by Jaime Gillies in the second minute and they made it 2-0 near the halfway mark through Lily Sharp.

Although Pearson never stopped trying, they could not crack their opponents’ defence and Caitlin Gillies put the result beyond doubt with goals in the 20th and 24th minutes.

Collegiate coach Andrew Beynon was delighted with the result, but acknowledged the tough challenge they had to overcome. 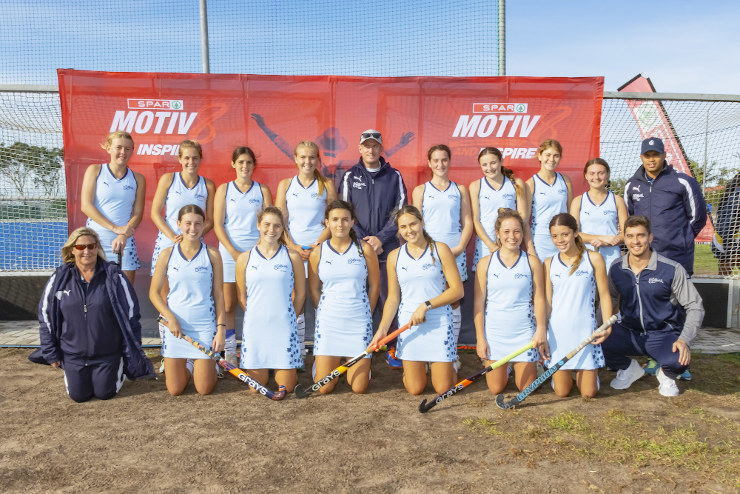 “Physically you are properly tested in the SPAR challenge because it’s quite concise in terms of the fixture schedule, but we had decent preparation and we felt good coming into the event,” he said.

“We do have a talented group of players, but Pearson are such a good hockey school that you always have to be at your best, and I’m proud of what the girls have achieved.”

With the tournament cancelled last year due to Covid-19, Beynon said it was “just nice to be back playing again”.

“It was a bit of a disruptive pre-season because of the lockdown regulations set by the government, but this was a great opportunity to play some different schools in our region.

“The approach was to make sure we played positively because the shorter format challenges the girls on another level.”

He added they were now looking forward to the provincial finals at Collegiate later this year.

“Just before that, in July, we will be attending the St Mary’s Festival in Johannesburg, so we will have about six weeks of good preparation and it will be exciting to see what we can do in the provincial finals.”

SPAR EC promotions and events manager Alan Stapleton said it was wonderful to welcome the girls back to the SPAR hockey challenge and encouraging to experience the camaraderie and their enthusiasm.