FNB Madibaz rugby player Johan Lombard says the team will be aiming to deliver a full 80-minute performance when they clash with Cape Peninsula University of Technology in Cape Town tomorrow.

The 20-year-old inside centre was the Player that Rocks against Rhodes last week and is confident ahead of their next Varsity Shield fixture.

There is a bit of history between the two teams because the Nelson Mandela University outfit defeated CPUT in the round-robin phase last season, but lost out to them in the tournament final.

Madibaz have lost one game so far this year, to Walter Sisulu University, but Lombard said there was still a strong spirit within the squad.

“I believe we have the ability to pull this game [against CPUT] through,” he said.

“We just have to make sure we keep our focus for the full 80 minutes and not allow them time to get into the game.”

The third-year agricultural management student is playing in his first Varsity Shield competition and said he was delighted to be recognised for his efforts against Rhodes. 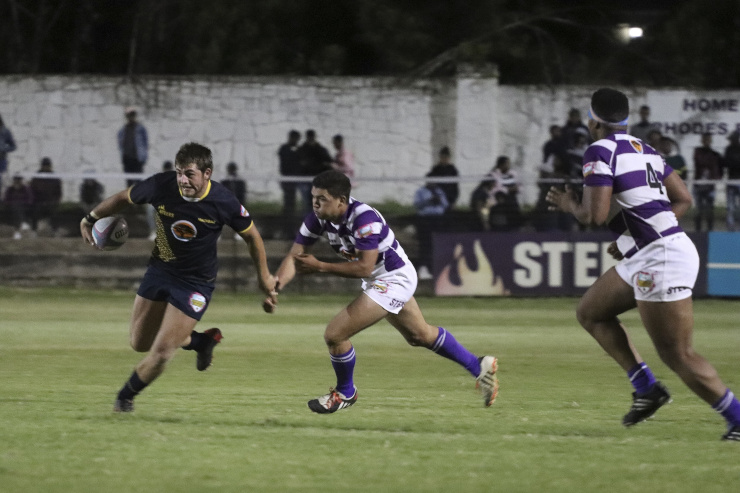 In that match he crossed for two tries and kicked three conversions for a personal tally of 16 points in the 50-0 result.

“Yes, that was very nice,” he said. “I think it was a good overall team performance that led to the final result.

“We played a selfless game and made sure that we tried to get the ball wide.

“It was a matter of sticking to our structures and I just focused on what was expected from me in an individual capacity.”

The 2020 tournament is shaping up as a critical one for Madibaz rugby as they seek to return to the top-flight Varsity Cup competition next year.

The team with the most log points over the 2019 and 2020 tournaments will earn promotion.

Although they suffered a slight setback with the loss to Walter Sisulu, the Nelson Mandela University outfit still head the combined log.