The Madibaz women’s water polo team claimed the bronze medal for the second successive year when they competed in the University Sport South Africa tournament in Stellenbosch late last month.

The Nelson Mandela University outfit defeated UP-Tuks in the third-place playoff and they showed they were not far off the top teams, UCT and Stellenbosch, in the pool matches.

While they were hoping to go one better this year, Madibaz Sport water polo manager Melinda Goosen said the competition was so intense at the week that winning a medal was “a huge achievement”.

UCT and Maties have dominated varsity water polo and they again contested the final, which was won by Maties.

Goosen said there had been pressure on all the teams during the week as there were no semifinal playoffs.

“It was a round-robin format in the pool matches and then you went straight to playoff matches to decide the final positions,” she said.

“With no semifinals, you really had to bring your ‘A’ game to the pool stages as you did not have a second chance in a semi to make the final.”

As water polo has slowly gained traction at Nelson Mandela University, she said they felt they were capable of producing good results. 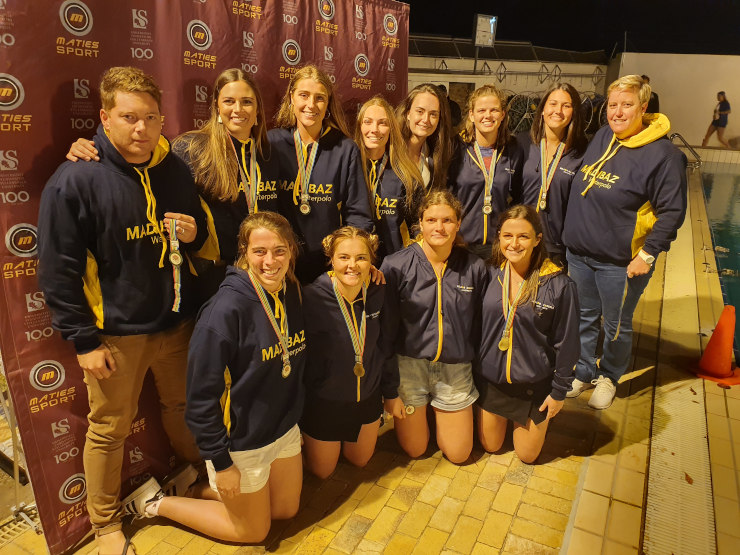 “Unfortunately, we drew the tough UCT side in the first match of the tournament. We didn’t play our best game and lost by one goal.

“This made things a lot harder for us to reach the final as we had to win all our remaining matches, including against the always-strong Maties team.

“We dominated all our other matches and then faced the Maties first team in the last pool match.

“We have never beaten a Maties side and have had bad losses, but the girls went out flying and were leading after the second chukka.

“However, we could not finish off the game and they edged us in the last minutes of the match as we lost by two goals.”

While producing an all-round effort, Goosen said goalkeeper Meghan Maartens “was definitely a standout player from our team”.

“She won the Junior Sportswoman of the Year at the Madibaz Sport awards and recently travelled with the SA U21 team.

“Thanks to her superb efforts other teams found it a real battle to score goals against us.”

With the sport proving extremely popular at school level she felt it was important to show what Madibaz could achieve.

“There are some really good players but it’s tough to sign them as other varsities also have their scouts out,” added Goosen.

“Over the past two years our head coach Jono Watkins has done a phenomenal job with the ladies’ team. They have performed consistently well and have become a force to be reckoned with.

“We have a well-established programme now and I am looking forward to what this team can achieve in 2020.

“There is a great base and I am happy to say that we have some top players coming into our system next year. We want to maintain the momentum we have created.”

In an extremely tough men’s competition, Madibaz finished in sixth place and Goosen said they would continue to plan for the future.

“We are very much in a building phase for the men and the aim is to focus on the base we have created because we also have some really good men joining us.”