Madibaz ready to apply themselves at USSA chess week

Maintaining their focus consistently during a demanding week will be a key component of the Madibaz chess team’s bid for success at the University Sport South Africa tournament next month.

The week takes place at Rhodes University in Makhanda from December 1 to 7 and the Nelson Mandela University players are looking forward to the challenge.

While their preparation has been good, Madibaz chess chairperson Khaka Nonyongo said it was now a matter of keeping their composure under pressure. 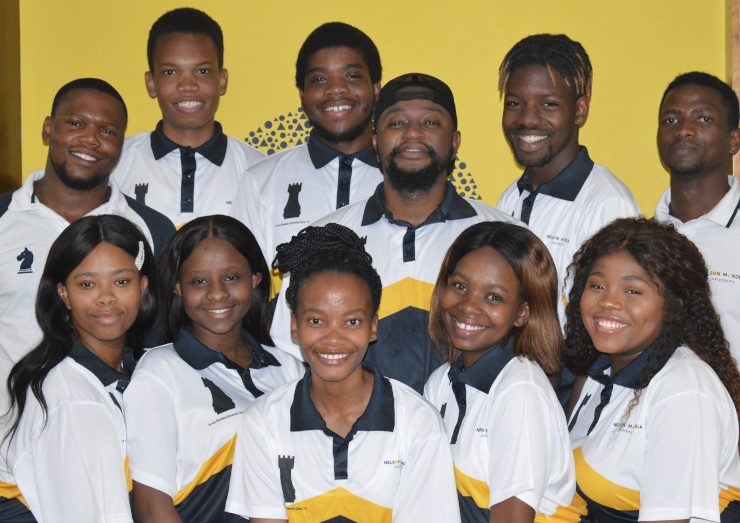 “We’re ready and now we need to stay cool, calm and collected in order to perform to the best of our abilities,” he said.

“The week-long tournament is one which takes its toll on the body and the mind. This starts showing later in the week, with players beginning to battle a bit by round six. But it is something we have discussed in depth.”

Last year the men’s team came within a whisker of being crowned champions, eventually being edged by one point, while the women’s team ended fifth.

Nonyongo, however, says they have a much less experienced team this year.

“In 2018, Sahaj Grover finished No 1 in the male section of the tournament, while Waldo van der Merwe was seventh and Marcel Roberts eighth,” he said.

“But many of our senior players have completed their academics and the team is full of new, young and vibrant players.

“That also means we lack experience, but we are ready to perform to the best of our abilities and will be satisfied with whatever outcome we achieve.”

With the chess club holding practices on Mondays and Wednesdays, Nonyongo said the USSA players did much of their training during those sessions.

“At the beginning of the second semester we also started training every second Saturday morning to add some extra time to our preparations.”

The USSA tournament will consist of teams of 10 males and five females.

“Team members play as though it’s an individual tournament and points are added together at the end. There are prizes for the men’s and women’s sections and then also a combined prize.”

He rates University of the Western Cape, who are the defending champions, as a team to watch, while other varsities who could come into contention are Wits and Pretoria.