Learning some hard lessons on how to handle adversity has been a key part of University of Johannesburg hockey star Taylor Dart’s rise to the national level in his chosen sport.

As he reflects on his goal of making the squad for next year’s Olympic Games in Japan, the 27-year-old South African player says learning how to recover from a setback has been essential to his sporting development.

Dart, who completed his masters in architecture this year, was recognised for his efforts on the hockey field by being named the UJ Sportsman of the Year at last month’s gala awards function. 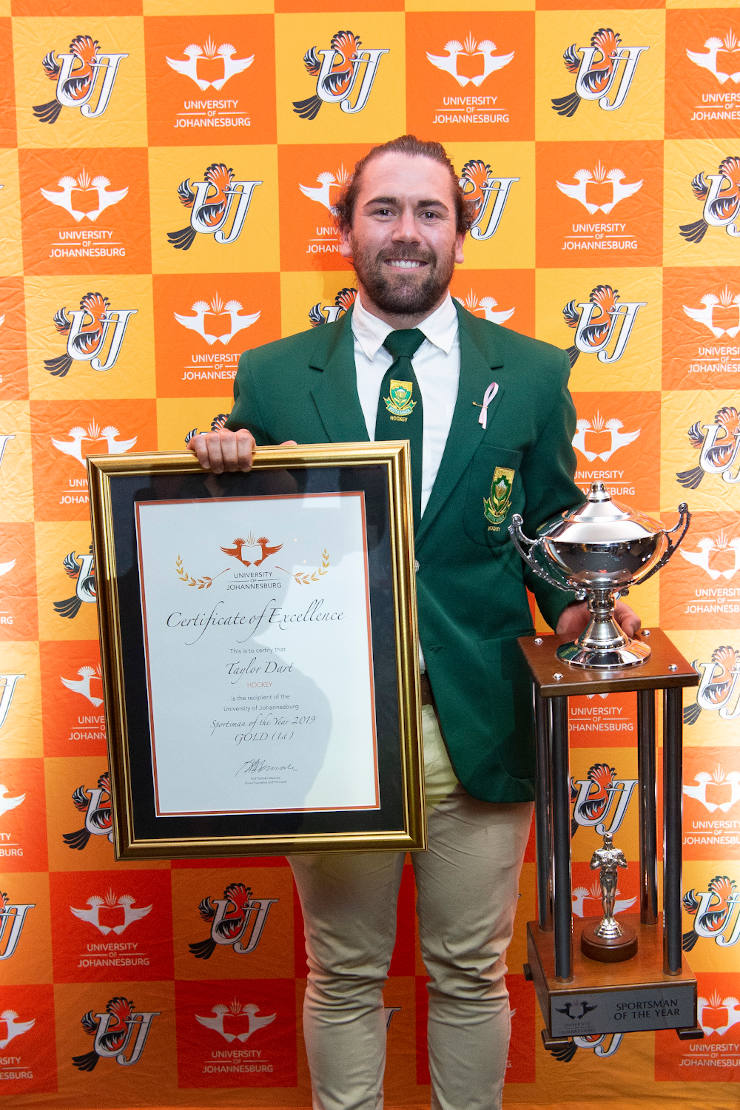 While he is now near the pinnacle of his career, he said he had also faced some dark moments.

“There were many times where I failed and it was so hard to continue,” said Dart. “But by focusing on myself and putting all the control in my hands it helped me to realise that it’s okay to have setbacks.

“They do not determine who you are and what your self-worth is. Everyone has setbacks, but the key issue is to be able to learn and to grow from those moments.”

Dart, who lives in Randburg in Johannesburg, said he had some rough patches this year, but that there were also many special and rewarding memories.

“From helping South Africa to qualify for the Olympics to finishing my final exam, I’m really blessed,” he said.

“I set myself small goals each week, which would help me to achieve larger goals that I set at the beginning of the year.

“These were to cement myself within the national hockey setup, to help SA qualify for the Tokyo Olympics and to finish my masters in architecture.”

Among his best memories were playing for Southern Gauteng in the interprovincial.

“I had a really good tournament and just enjoyed every moment of that week. It was such an important week for me from a pressure point of view.

“In addition, beating USA in the final seconds of the FIH Series semifinals in India [in June] was a huge step to qualifying for the Olympics.”

He acknowledged that there were some challenges during the year, but said how he handled them was the key to his success.

“Time management and being able to sacrifice the nice things were important,” said Dart.

“When you come back from hockey training at 10pm and then begin working, it’s hard but it’s sometimes what you have to do.

“Having family and a girlfriend who are able to help and be there for you, even if it’s just to listen, was massive. We sometimes forget the roles that we play for each other.

“Lastly, a key point is just to focus on yourself at times. It’s important to know where you are and how to improve yourself and what you need as a person.”

Winning the Sportsman of the Year award for the first time was a major thrill for Dart.

“It really feels incredible. I’m very lucky to have won and I’m just so grateful and humbled at the same time.”

His journey through university life has also played a significant part in his success.

“I would not have been able to achieve everything I have without the input from so many great individuals within this institution,” acknowledged Dart. “From the sports side to the academics, it’s been maybe the best period of my life so far.

“The coaching and management staff at the hockey side, as well as the Graduate School of Architecture, have always had an understanding and have always been able to help me and support every decision. I am grateful to all for their guidance.”