Amanda Mthandi’s meteoric rise to the South African soccer team was fired by her realisation that she had the potential to represent her country on the international stage.

This year that ambitious goal was achieved in memorable fashion when she turned out for Banyana Banyana in the women’s World Cup in France.

It has culminated in her being named University of Johannesburg’s Sportswoman of the Year, an award she won for the first time.

The 23-year-old striker said when she became aware she had an opportunity to represent her country it pushed her to work even harder.

“The chance to play for South Africa made me hungry to achieve more,” said Mthandi.

“I wanted to improve myself in the sport both on and off the field, and after we qualified last year for the World Cup my goal was to make the Banyana Banyana squad.

“To achieve that I knew I needed to always push myself to do better no matter what the situation was, and to always give 100%.”

She was delighted to be recognised at this month’s UJ sports awards gala function, which put the cherry on top of a special year in her fledgling career.

“Being named Sportswoman of the Year means a lot because it shows that all the hard I’ve put in this year has paid off,” said Mthandi.

“It really has been a great year for me. Besides going to the Fifa World Cup I was also in the University Sport South Africa squad for the World Student Games and I earned my first gold medal for Banyana in the Cosafa Cup. 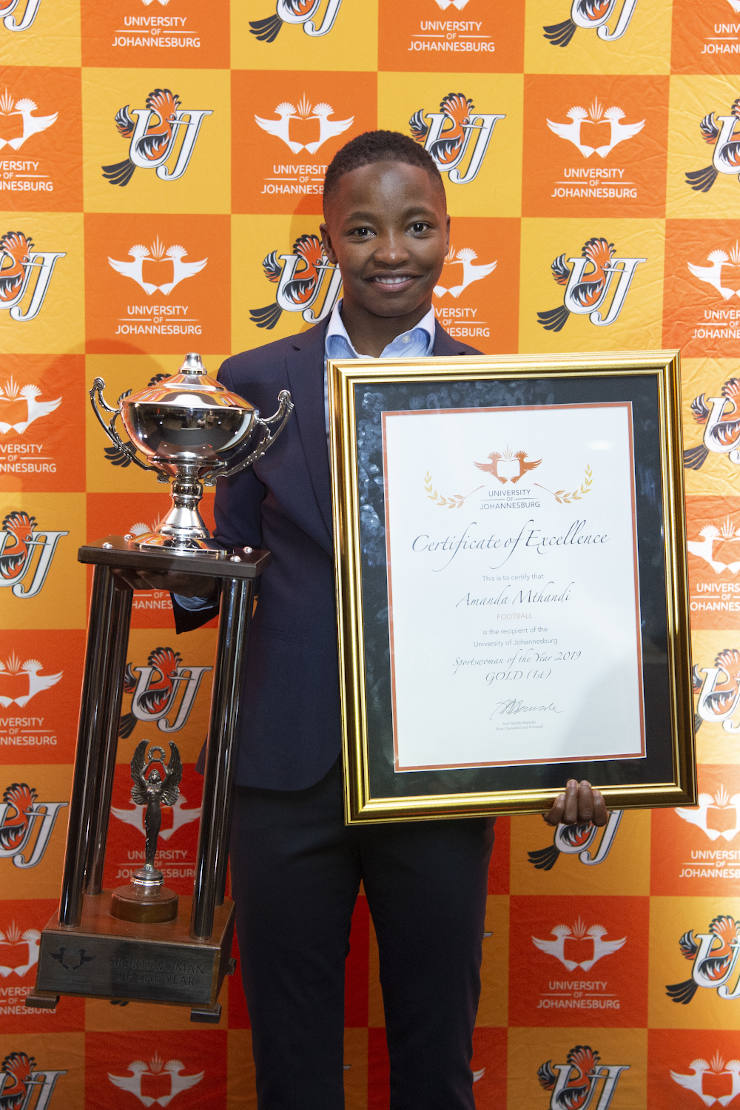 “Playing our first World Cup match against Spain was an incredible experience that I won’t forget.”

The third-year transportation management student, who stays in residence in Auckland Park, said in her younger days she had no idea what she could achieve on the sports field.

“I really did not know, but I did feel I had the potential to play at a high level.”

A striker who has a fierce hunger to score in every game she plays, Mthandi hopes to develop her career by securing a playing contract overseas in the future.

In the meantime she paid tribute to a number of role players who helped her get this far.

“Working with the sports scientists at UJ has helped to improve my game a massive amount, as well as to prevent injuries.

“Also, I would like to mention my friend Liphiwe Nxasana, who has always been there to support me. She constantly motivates and pushes me to do well.”