UJ netball will benefit with Proteas captain at the helm

Proteas star Bongiwe Msomi is poised to apply the experience she has gained at the highest level to make a tangible difference to netball at the University of Johannesburg.

The 31-year-old, who captained the Proteas at this year’s World Cup in England where they ended fourth, has been appointed netball manager and coach at the varsity.

Her first assignment will be to prepare the UJ outfit for their opening Varsity Netball match against Madibaz in Port Elizabeth on Monday.

Besides representing her country, Msomi has also played professionally overseas and is ready to share the knowledge she has gained in a wide range of high-level competitions with the players at UJ.

“The passion I have for netball is at another level,” she said. “Being the SPAR Proteas captain and being coached by Norma Plummer at an international level, I believe I have a lot to share as we aim to see what we can achieve in the long term. 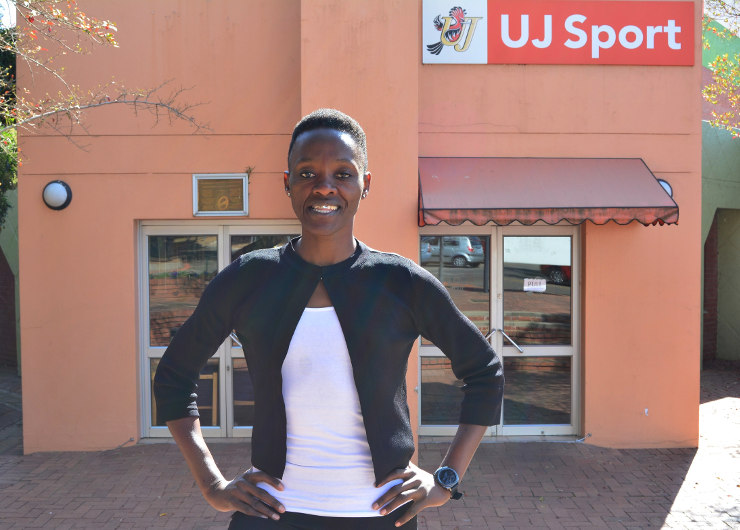 Proteas captain Bongiwe Msomi has been appointed netball manager and coach at the University of Johannesburg. Photo: Supplied

“I love being part of change and this is an exciting step, not only for me but for a number of young girls I will get to work with at UJ.”

Msomi, who grew up in Hammarsdale near Durban but now lives in Randburg, said she saw lots of potential among the student-athletes.

“I’ve had a chance to attend a couple of training sessions and the girls are super enthusiastic, which is all I could ask for.

“They are keen to learn and are a young team with great potential.

“The fact that we had two teams which took part in the USSA [University Sport South Africa] week is a great sign.

“Besides an internal res league and other netball events going on already, we have exciting plans to ensure competitiveness and ongoing development in UJ netball.”

Having been involved with coaching for as long as she can remember, Msomi said she relished the opportunity to help others.

“I love coaching and it is one of my passions,” she added. “I have now got an awesome opportunity to be the UJ netball coach and am really excited for what lies ahead.

“It is great to be in such a professional set-up where I will also learn and grow, while enjoying my new role.”

Looking ahead to the Varsity Netball competition, she said the emphasis would be on building for the future.

“We want to see the girls competing with grit, pride and commitment to the task.

“It is a young team so we have to plan for what we want to achieve, which will put us in a better position to set our long-term goals.

“Our initial focus will be on a basic, structured game. Varsity Netball will give us direction and I’m interested to see where we can finish, while taking it one game at a time.

“They still have much to learn, but their enthusiasm is the best thing for me going forward.”