Young Madibaz football star Caleb Turner is ready to make an impact when he represents the University Sport South Africa U21 team in a national tournament starting in Mahikeng, North West, on Monday.

The 19-year-old Nelson Mandela University management student is part of the USSA squad for the SA Football Association-SAB U21 League National Championship.

This event pits the nine provincial champions, along with the USSA team, against one another. The competing teams are North West, Free State, Mpumalanga, Gauteng, Limpopo, Western Cape, Northern Cape, Eastern Cape, KwaZulu-Natal and USSA.

Turner, who lives in Salsoneville in Port Elizabeth, said it was a “huge honour” to represent his university in the team. 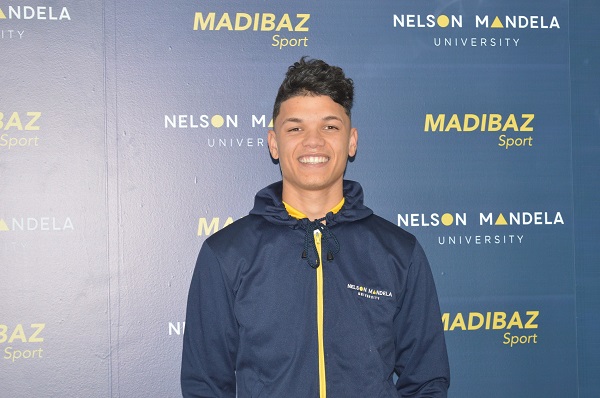 “It was one of my goals to be selected for the USSA U21 team this year and it’s always good to see that hard work does pay off,” said the midfielder.

“This is a big tournament and there will be a lot of exposure for me and the team.

“This is one of our best chances to perhaps get recognised by professional clubs. As one gets older, the interest wanes a bit so I do think there is a lot of opportunity at this tournament.”

Turner, who has a professional career as his long-term goal, said he would use the tournament to gain further experience.

“I would like to learn from the matches we play to add something new to my game, as well as to take the experience back to my teammates at Madibaz and apply those lessons to our play during the year.”

He added that one of the major reasons for his USSA selection was the support he received from his colleagues and coaches.

“I don’t think any of this would have been possible without them.

“My mentors in Madibaz football manager Mark Tommy and coaches Wayne Iveson and Nick Myataza have always kept us motivated on and off the field.

“I also want to thank my family, who have encouraged me from a young age and have always been there in support.”

Tommy said Turner was a typical example of a player who had come along the pathway Madibaz soccer had developed to give exposure to young, local talent.

“Caleb was a promising player in matric when we identified him as a player with potential and he was part of the team which won successive SAB League titles in 2016 and 2017,” he said.

“This has seen his game develop, enabling him to compete at a higher level and earning him recognition by the USSA U21 selectors.”

Tommy added that it showed how successful the Madibaz formula for unearthing local talent was.

“Our aim is to identify young players at matric level and provide them with opportunities to further their careers, both as a student at the varsity and on the soccer field.

“Caleb’s selection is an indication of how well the system is working.”