Madibaz hockey coach Cheslyn Gie will further his development as a mentor at the highest level after being appointed to the national men’s management team for the FIH Hockey Series Finals in India this week.

Gie has become accustomed to this role, having already been in the management team for several high-profile events, including last year’s Commonwealth Games.

Despite that, he said it was always an honour to represent your country.

“It is a good feeling to know that your coaching abilities are recognised at international level,” he said.

“Being exposed to international hockey means you get to see some of the best players and coaches in action.

“You also get to spend time with some of the top coaches within SA and the exchanging of ideas is a great opportunity to grow.”

Gie added that his role within the team included a number of specific tactical strategies they wanted the players to implement as well as doing video analysis of their matches.

He said one of the characteristics of a good coach was an ability to create the best environment possible for the players.

“You have to come to terms with the fact that you can only assist the players to be the best they can be. They are the ones who have to go out there and perform.

“International sport is a tough environment and I enjoy it to the utmost as you never know when this wonderful ride will come to an end.”

South Africa have appointed a new coach in Garreth Ewing and Gie said he was looking forward to cementing their relationship.

“I have worked with Garreth before as we were involved in the SA U21 team over several years. We have always connected well together and I am excited about this opportunity.”

He added that the tournament in India would have major ramifications for the national side.

“This is an Olympic qualifier and we have to finish in the top two,” he said. “Then we could also win the Africa Cup tournament to qualify for the Olympics. So this is a two-fold assignment.

“We know the heat will be a big challenge and there will be tough opposition as there will be plenty of incentive for the teams to advance.”

South Africa, ranked 16 in the world, are in a pool with the United States, Mexico and Japan (world No 18), while India (world No 5), Poland, Russia and Uzbekistan are in the other pool. SA, Japan and India are the only teams in this tournament ranked in the top 20. 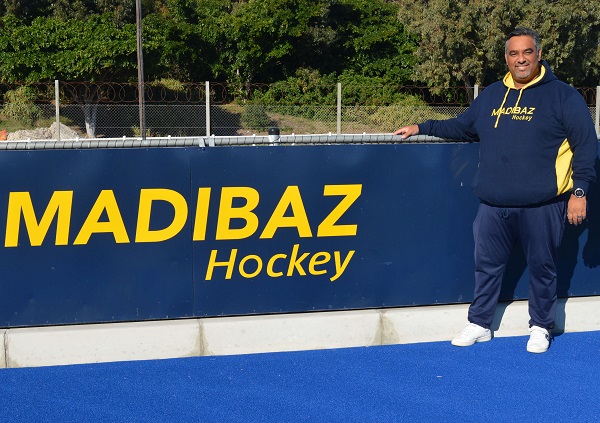