University of Johannesburg coach Tsoanelo Pholo says their narrow win over Wits yesterday will provide a massive boost for the team in the second leg of the Varsity Hockey women’s tournament this weekend.

In winning a tense Johannesburg derby 2-1 in their final game in Cape Town, the UJ outfit have placed themselves in fifth position on the log and they are still in with a chance of qualifying for the semifinals.

The second leg takes place at North-West University in Potchefstroom from Friday to Sunday, followed by a round of play-off matches on Monday.

Pholo said they would need to get off to a good start in their opening match in Potch against University of Cape Town.

“The win over Wits gave us a huge psychological lift, but we have a big match against UCT on Friday,” she said.

“They had a great run on their home turf and it will be interesting to see how they perform at high altitude.

“We need to maintain our momentum because this weekend will decide the semifinalists, so everybody will be gunning for that.”

In winning two of their four matches in Cape Town, UJ were only outplayed by the quality Stellenbosch outfit, losing 7-0.

Their opening match against Free State went to a penalty shootout, which UJ narrowly lost 6-5, while they defeated defending champions UP-Tuks 4-3.

Pholo said she was encouraged by the way the players fought back each time after suffering a loss.

“Of course there is plenty of room for improvement, but what I am proud about is the way we were able to bounce back from those defeats.

“To beat the defending champs was a major boost for us mentally and we were able to show the same sort of resilience in beating Wits.

“The girls are very happy at this stage, if somewhat tired after four games in four days.

“They really executed well against Wits and worked hard on defence. I was delighted with the maturity they showed and it was a massive three points to take into this weekend.”

After Friday’s game against UCT, UJ face Madibaz on Saturday and North-West University, who lead them on goal difference, in their final round-robin match on Sunday. 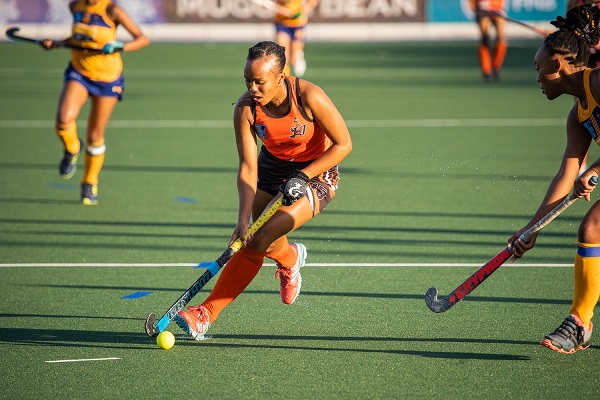