Even with shorter options on offer for the Takealot Jock Classic road race in July, the feature event of doing three stages in one day remains the popular choice for most cyclists.

This is the view of ASG Events chief executive Erick Oosthuizen after the race organisers announced last month that riders could do one, two or three stages.

The full distance for the July 13 race is 155km and will take place in Nelspruit, White River and Sabie in Mpumalanga.

There are specific breaks for each stage, which adds to the challenge as cyclists have to go through the process of warming up for the next leg.

Oosthuizen said there was plenty of interest in one of South Africa’s longest-running races, even though it is still just more than two months away.

“The entries are coming in steadily for all three distances, but the main interest is still in the feature three-stage event,” he said.

“But opening up the options for riders to do shorter distances has been a sound move.

“For instance, I had a call this week from a guy in Australia who only wants to do two stages, so I think it caters for more types of riders.”

The unique challenge of learning how to manage three stages in one day remained a big incentive, added Oosthuizen.

“It’s a classic race in the Lowveld and the fact that it is one of the oldest events in the country underlines its popularity.

“It really is a magical kind of riding experience. Although it’s a bit cold in the early morning, the Lowveld winter provides the sort of warmth which allows you to find your rhythm pretty quickly.”

He reminded cyclists that the benefit of entering two or three stages would be that meals were included, which were so essential to maintaining your strength on the long haul.

“So you can come to the Lowveld and experience your own sort of tour,” he added.

The organisers feel a comfortable number for the event would be 1 200 riders, but Oosthuizen said they could go as high as 1 500.

The stages will cover 48km, 45km and 62km respectively and there will be specific starting times for each leg. Entries close on July 3.

To enter and for more details on the race, go to www.thejock.co.za. 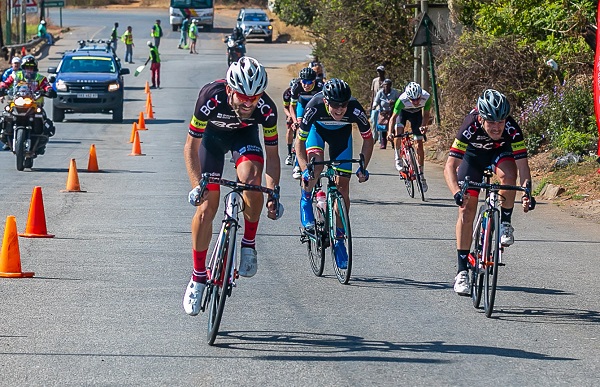 The feature three-stage option in the Takealot Jock Classic road race remains the popular choice among cyclists for this year’s event, which will take place in Mpumalanga on July 13. Photo: Memories 4 U Photograph