University of Johannesburg official Nomsa Mahlangu has been recognised for her contribution to varsity sport by being elected president of the Federation of African University Sports.

The senior director of sport at UJ, Mahlangu won the election with a big majority when it was held in Entebbe, Uganda, last month.

“There were four of us in line for the post, but Ibrahim Bangura from Sierra Leone withdrew on the morning of the election,” said Mahlangu, who became the first woman president of the continental body.

She will hold office for four years and said she was looking forward to her term as she hoped to improve the standard of university sport on the continent across the board.

“I believe there are some important times ahead of us and our goals going forward are to unite the varsity sportsmen and women in Africa,” said Mahlangu.

“We feel that university sport needs to play a bigger role in using research to improve our overall performances.”

She added that she was honoured to be appointed the first female president of the federation.

“Hopefully this can pave the way for future developments because there is a need to open doors for more women, to empower them and to encourage them to hold these sorts of positions of responsibility.”

Mahlangu said there were 28 members in Fasu and they were divided into five regional zones.

“It has been an associate member of the international body (Fisu) since 2007 and has the General Assembly as the supreme governing body. This body determines and controls the general policy of Fasu.”

She added that the General Assembly met every two years, while the executive committee comprised seven members, elected for four years by the senior body.

“The executive committee includes the presidents of the Fasu zones and the immediate past president as ex-officio.”

“There are also various zonal competitions and a number of development initiatives which fall under our jurisdiction.” 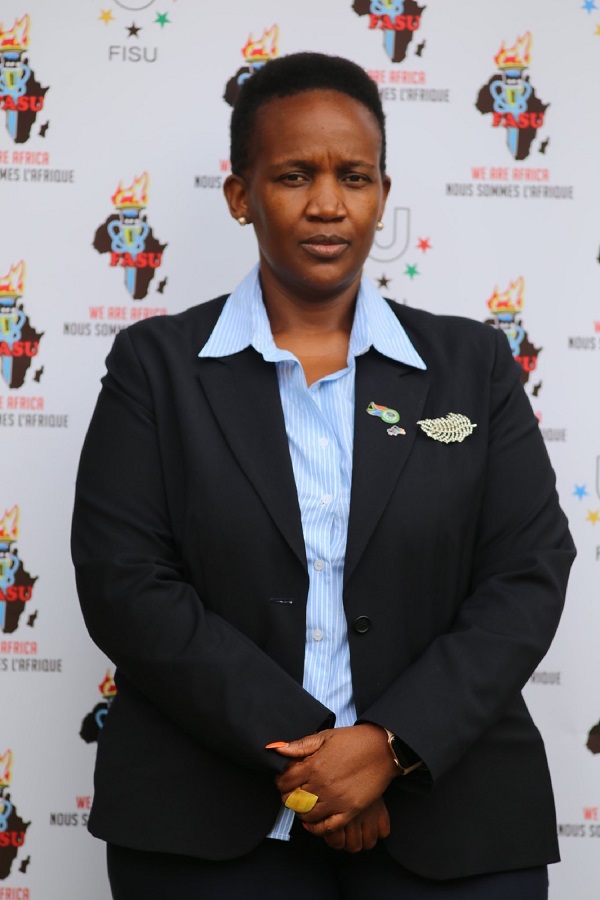 University of Johannesburg senior director of sport Nomsa Mahlangu has been elected as the first women’s president of the Federation of African University Sports. Photo: Supplied