University of Johannesburg hockey manager Elize le Roux continued to expand her chosen path in the sport when she was recently awarded a level-three technical official certificate from the international body (FIH).

The former player, who also manages the UJ astro facility, is developing a career on the technical side of the game and this latest achievement will open new doors for the hockey enthusiast.

Le Roux is one of those fortunate individuals whose job is a labour of love and she is looking forward to putting her new status into practice.

“I love what I do and I think it comes from knowing as a youngster that I had a passion for sport and administration,” the 35-year-old said. “And working with your passion and strengths adds satisfaction in job and life.”

She has a strong hockey background, having played throughout her junior days and come under the mentorship of Adrian Carter in high school.

Carter, now the director of sport at Wits, subsequently became the UJ hockey manager and was influential in Le Roux’s career path.

“I think after high school the passion for the sport grew and it was a way for me to get an education at university and play competitively,” she said.

“I studied and played for UJ from 2002 until 2008 and later I became the co-coordinator for UJ youth hockey and a committee member.

“Having chosen B.Com sports management with a view to my future, I was assisted by Adrian, who taught me the practical elements of being a manager at UJ.

“With his own job promotions, I was blessed to have been successful in being invited to take on the UJ hockey manager position, which I have held since 2010.”

As time progressed, Le Roux, who lives in Bergbron in Johannesburg, saw a niche for herself as a technical official, which has taken her to her current status.

“We have a long history in SA hockey for technical staff and umpires, but umpiring wasn’t my calling.

“I did some technical work under mentors like Marie Janse van Rensburg and Sheila Brown, who are FIH tournament directors, and I thought ‘let’s give this a go’.”

The FIH certificate means she is qualified to work within the national structures as a technical official.

“To be more precise, it qualifies us to work as tournament directors and also puts us on the FIH education course panel,” added Le Roux.

“This means we can be nominated to work at international events from a junior to a senior level.

“I really want to strive to go international and this is the process in place for me. This is also my way to contribute to hockey, as well as to learn more about this beautiful game.” 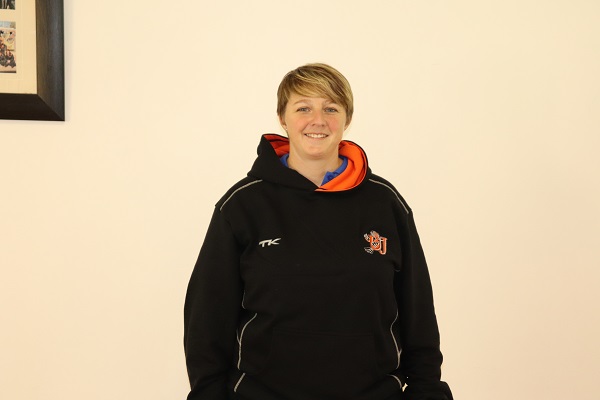