Defending champion Reynard Butler will be using the East Rand Classic road cycle race next weekend to kick-start his year after a somewhat disrupted beginning to the season.

The popular Johannesburg event over 98km, formerly known as the Emperors Palace Classic, takes place in Kempton Park on Sunday, April 28, and offers an ideal opportunity for the sprint specialists to show their prowess.

A year ago Butler, who rides for ProTouch, pipped Ryan Harris and Clint Hendricks in the perennial dash for the line, continuing a season which brought him six podium finishes in major races.

The early part of this year has not run as smoothly, but the 31-year-old Butler said they were eager to get a win under their belts.

“Personally it’s been a bit up and down because I crashed out when racing in Gabon earlier in the year and had to withdraw due to injuries,” he said.

“I wasn’t really in top form at the Takealot Tour of Good Hope or the Cape Town Cycle Tour and I have just got back from the race in Morocco (Tour du Maroc) where I had to pull out due to illness. So it’s been a rocky start for me personally.

“But the team has been doing really well and we will obviously be aiming for the top spot next week.

“It’s always good to get a win under the belt because that boosts your confidence, and with the guys in good form we are positive about a good outcome.”

Butler acknowledged they would have to be on point with their tactics due the fast nature of the course, but said they were prepared for that.

“There are one or two sections of the course where the wind can affect things, but most of the teams know what goes down on the day and it usually does come down to a bunch sprint.

“So it’s important to have a good lead-out in the closing stretch to ensure you get your sprinter into the right position for the finish.”

Women’s champion Kim le Court, riding for Demacon MaxWax Racing, is targeting a hat-trick of titles as she strives to continue a successful season.

Although the team have not dominated the South African scene to the extent they did last year, Le Court has not finished off the podium this season and it’s a trend she wants to continue.

“It has been a pretty good start and I definitely want to continue my stretch of getting onto the podium,” said the Cape Town Cycle Tour runner-up.

“That is always an achievement and we obviously want to keep that going.”

She said the team had taken a break since the Cape Town Cycle Tour last month, but that they would be ready for next week’s challenge.

“We will get together next week and discuss our strategy for the event,” said Le Court.

“It has been a pretty good race for me, with the finishing stretch on a pretty level drag and that suits my style as a sprinter.

“It’s a race I have always enjoyed and I’m looking forward to another test in fast conditions.

“I just want to say a huge thank you to our sponsors and my family and friends who have been so supportive in making it a good year so far.”

The East Rand Classic, which has a new start and finish venue at the Acsa parkade adjacent to the OR Tambo International airport, also offers a 48km road option, while the 50km and 25km mountain-bike events will take place on April 27.

For further details or to enter, go to www.eastrandclassic.co.za. 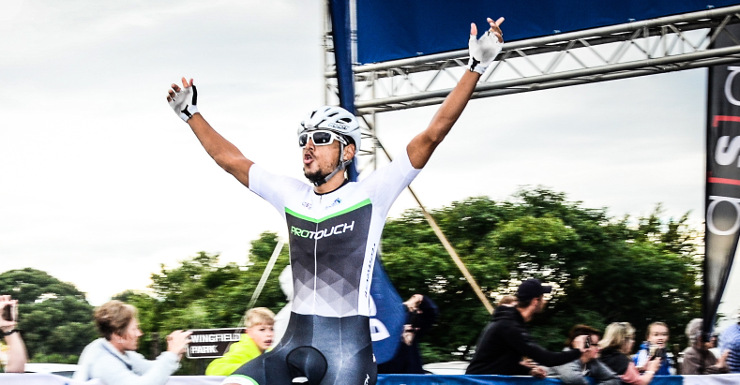