Residents of the Sardinia Bay Golf & Wildlife Estate have developed a real penchant for socialising at the recreation centre, which officially opened in October.

Linda Devan, who registers bookings for the centre, says the hub is a catalyst for social interaction between homeowners, something that lies at the heart of lifestyle living.

“Our big focus for the centre is to get everyone together because it is a community-driven estate which is very different to the suburbs,” says Devan.

“People who have been staying here for a number of years already know their neighbours and most of the other people on the estate.

“The idea is to provide a platform for new people moving in to get to meet other residents.”

Devan adds that residents are already in close communication with one another through various WhatsApp groups. But the centre provides a space for people to interact physically while enjoying various activities.

“I’ve organised a games day which attracted people interested in an outdoors lifestyle. They engaged while playing ping-pong on the veranda and tennis on the court.

“We also have a few sets of boules and had a game of that going on the open grass area.

“Some played cards and afterwards we had a braai where residents enjoyed each other’s company and socialised.”

The centre has been kitted out with a fully equipped kitchen and all seating and dining requirements for catering and hosting functions are provided.

A television set has also been installed which Devan says encourages like-minded people to get together and watch sport, especially ahead of the cricket and rugby world cups later this year.

She says the centre is open for all residents to use and everyone is encouraged to come up with ideas for hosting gatherings.

The facility can also be reserved for exclusive use if booked well in advance, but this comes at a small fee.

“Residents have also come up with certain initiatives, arranging functions such as a carol gathering and a crafts evening to make Christmas decorations, all in December.

“Some of the ladies on the estate have arranged an arts evening, Painting with Grapes.”

Although the centre has already been extensively used, Devan expects it to increase in popularity in the coming months as residents “get to know each other and find common ground”.

“Anyone who has suggestions should come up with something to do on a regular basis. The ideas are almost limitless.” 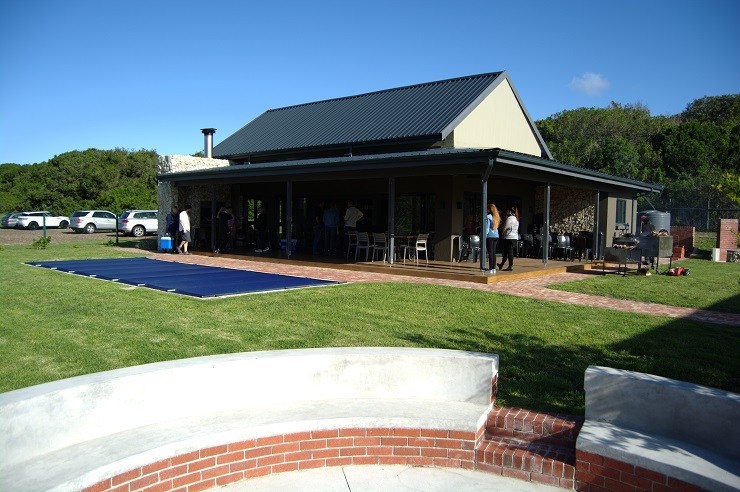 The recreation centre at the Sardinia Bay Golf & Wildlife Estate is a catalyst for social interaction between residents. Photo: Supplied