Residents of the Sardinia Bay Golf & Wildlife Estate have been enthralled by a “litter” of baby animals that made the development their home after a fruitful calving season.

Estate supervisor Hugh Wiblin says they have welcomed nine new arrivals – of different species – over the past three months.

These include eland, zebra, blesbok, springbok, impala and mountain reedbuck.

Wiblin reports that the babies are healthy and that they have taken well to their surroundings.

“They’re all looking strong and running around with their mothers,” he says, likening their behaviour to that of puppies. “They usually look very happy, running and jumping around and chasing one another.”

Like all youngsters, he says they do get involved in things they shouldn’t and that “they’re very interesting to watch”.

Most babies are mobile about 20 minutes after birth and run as fast as their moms within an hour or two.

“They’re pretty fast very early in their lives and that’s when they want to come to the party and start being like big animals.”

Although the offspring are well cared for by their mothers, they might even feed from other moms in the herd. They are weaned off at around six months.

While residents are not allowed to feed or interact with the wildlife, they play a role in monitoring pregnant mothers.

“They are usually the first to see new births, after which they will report it to me,” says Wiblin. “The animals are usually born in the early morning or late afternoon when I’ve already gone home.”

He says the residents are fascinated with the babies and especially from a cuteness perspective.

“If you look at their wildlife WhatsApp group, you’ll see a lot of activity. People usually buy into the estate for wildlife or golf – or both.”

According to him, animals brought up in the estate become accustomed to humans and tend to be more relaxed than those introduced from outside.

He feels that living among wildlife is a major drawcard for prospective homeowners.

“I think it’s a great stress reliever for people. By just watching the animals, it’s amazing how much less stressed they become in a short space of time.

“People often arrive in a game area highly strung but give them a day or two and their attitude changes considerably.” 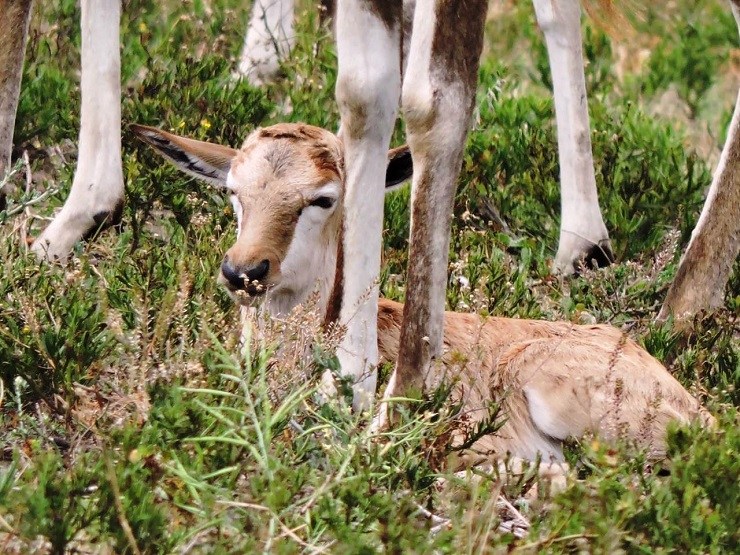