After being relegated from the Varsity Cup last year, Madibaz will spend two seasons playing Varsity Shield rugby as the promotion-relegation matches take place only every second year.

Buys, a former provincial player who coached the team at last year’s University Sport South Africa week, did not sugar-coat their situation as he reflected on 2018.

However, he remains positive about the path which lies ahead.

“The relegation to the Shield was a big shock for a team that competed in semifinals not that long ago and we are certainly not taking the change lightly,” he said.

“Unfortunately we have lost a lot of players, especially seniors, either through age, graduation or moving on to other opportunities.

“But we do have a great group of young players that we will look to build on.”

He added that the critical element in their approach would be to ensure they maintained the high standards set at Madibaz rugby.

“We are a team who will compete in the Shield, but we will train and play as if we are competing in the playoffs of the Varsity Cup.

“Culture-wise we want to have a team which is very sound academically and able to compete with the rest of the universities in the country.”

Buys said they had placed a massive emphasis on adopting the right frame of mind by not agonising over their situation.

“Eastern Cape sport sometimes carries the baggage of being underdogs and it is something that needs to change,” he said.

“It is easy to talk about finances and what other teams are doing, but our main focus is having the right mentality to win rugby games on a regular basis.

“As long as we, as the management team, can take care of the off-field work, the guys will produce the goods on the field. This Madibaz rugby team wants to win!”

The coach added that he was particularly impressed with the appetite for hard work the players had shown in their preparations for the season.

“We have been training since October and the guys have been putting in some tough hours.

“It is great to see the players work so hard after a disappointing year and show that they are willing to fight and to prove their worth.

“The group has been fantastic so far and the bond is very strong on and off the field. It won’t be an easy year but we know we have to be the hardest workers in the room and we are ready to embrace that.”

Madibaz will open their Shield campaign with a home fixture against Cape Peninsula University of Technology on February 18. 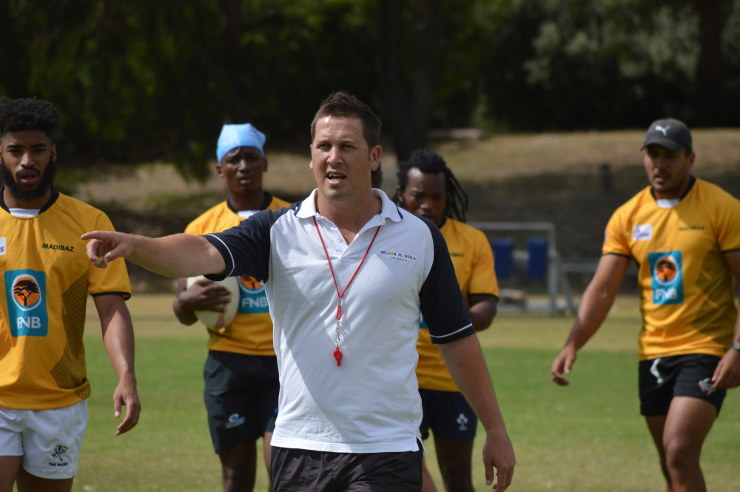