The Port Elizabeth-based Sardinia Bay Golf and Wildlife Estate continue to break new ground as they welcome a number of new developments.

The estate will celebrate the completion of the new estate manager and development office with an official roof wetting function later today. This will be preceded by a sod-turning ceremony for the soon-to-be-built recreation centre.

Estate manager Matt Gibbs said they hoped to start work on the recreation centre, which is for the use of residents, in August.

“The plans have been submitted to the municipality and we’re waiting for approval. As soon as the approved plans come back from them we’ll start building.”

He said the facility would add great value for residents as it would consist of communal facilities such as a braai area, swimming pool, tennis court and meeting room.

Designed by Erik Voigt Architects, the centre is expected to be completed by March next year but Gibbs said he was hopeful that they would be able to finish the tennis court before then.

While operational details such as booking the facility have yet to be ironed out, he said they hoped to have as few limitations as possible on usage.

“We don’t want to have too many restrictive conditions on it and have nobody using it. It is something that we will want to have the residents use and enjoy to the fullest.”

The venue will have a meeting capacity of 100 people and Gibbs said the aim was to create a central point for residents who wanted to socialise to come together.

He said the office had been an ongoing project since early this year and that it was finally ready for occupation.

“We’ve probably been busy with the office for six months because the building and everything else have been done in-house. We’ve done it as and when we’ve had the staff and it is now complete.”

The office, which was once an old farm labourers’ cottage, was originally scheduled for removal but the developer decided to repurpose it.

Residents will be able to view the new office at the roof wetting, which takes place from 5pm to 6.30pm today.

“It will be a very informal affair but we’d like to get residents involved, invite them to have a look and have a chance to socialise,” said Gibbs.

Drinks will be provided by the golf club and snacks, supplied by the adjacent Grass Roof restaurant, will be on offer. 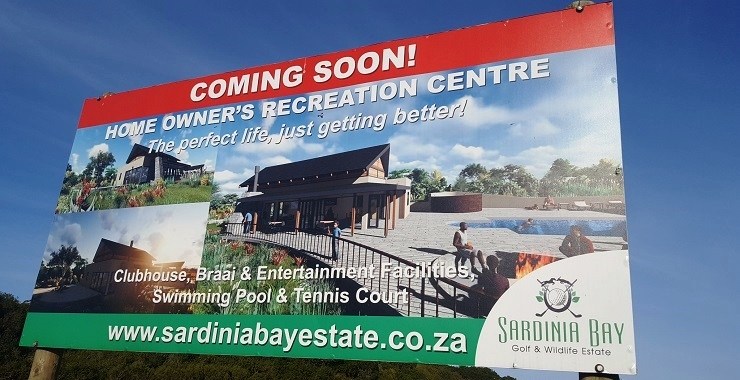