It was the third year in a row that Samaai received the Sportsman of the Year accolade, deservedly earned after claiming a bronze medal at the Commonwealth Games in Australia in April.

Letsoso’s Sportswoman of the Year award came after a stellar season on the soccer field, culminating last month in her being part of the national squad, which won the Cosafa Cup in Port Elizabeth.

A fourth-year quantity surveying student, he has averaged 79.2% on the academic front during his time at the university. On the sports field he turned out for the UJ first team, which came third in the Varsity Cup, and also represented Namibia.

The 27-year-old Samaai, who is a fourth-year logistics student, has been a leading performer at an international level since he took bronze in the long jump at the 2014 Commonwealth Games.

Besides emulating that achievement this year with a leap of 8.22m, he represented UJ at the IAAF Diamond League finals in Switzerland where he finished second overall by jumping 8.32m.

One of his best performances came in the African Championships in Asaba, Nigeria, when he walked away with the gold medal. His winning jump of 8.45m was just four centimetres short of his personal best of 8.49m.

The 22-year-old Letsoso, a third-year sports psychology student, has been at the forefront of UJ’s success on the soccer field.

She showed her leadership skills by captaining the varsity team to first place in the University Sport South Africa tournament held in Port Elizabeth in July.

Appointed captain of the Ussa team to compete in the Confederation of University and College Sports Association Games in Botswana in July, she added another feather to her cap by leading the team to victory.

At a national level, besides the Cosafa Cup success, Letsoso was a member of the South African squad which ended first in the African World Cup qualifiers in Lesotho.

The silver medal in the Sportswoman of the Year category went to triple jumper Patience Ntshingila, who was second in the Ussa track and field championships and represented South Africa at the World Cup in London.

Third place was awarded to another triple jumper, Zinzi Chabangu, who won a silver medal at the African Championships.

The runner-up in the Sportsman of the Year category was Conradie who helped Namibia to qualify for next year’s Rugby World Cup.

In third place was judo exponent Jacque Joubert, who won two gold medals at the SA Sport Association for the Physically Disabled championships in Bloemfontein. 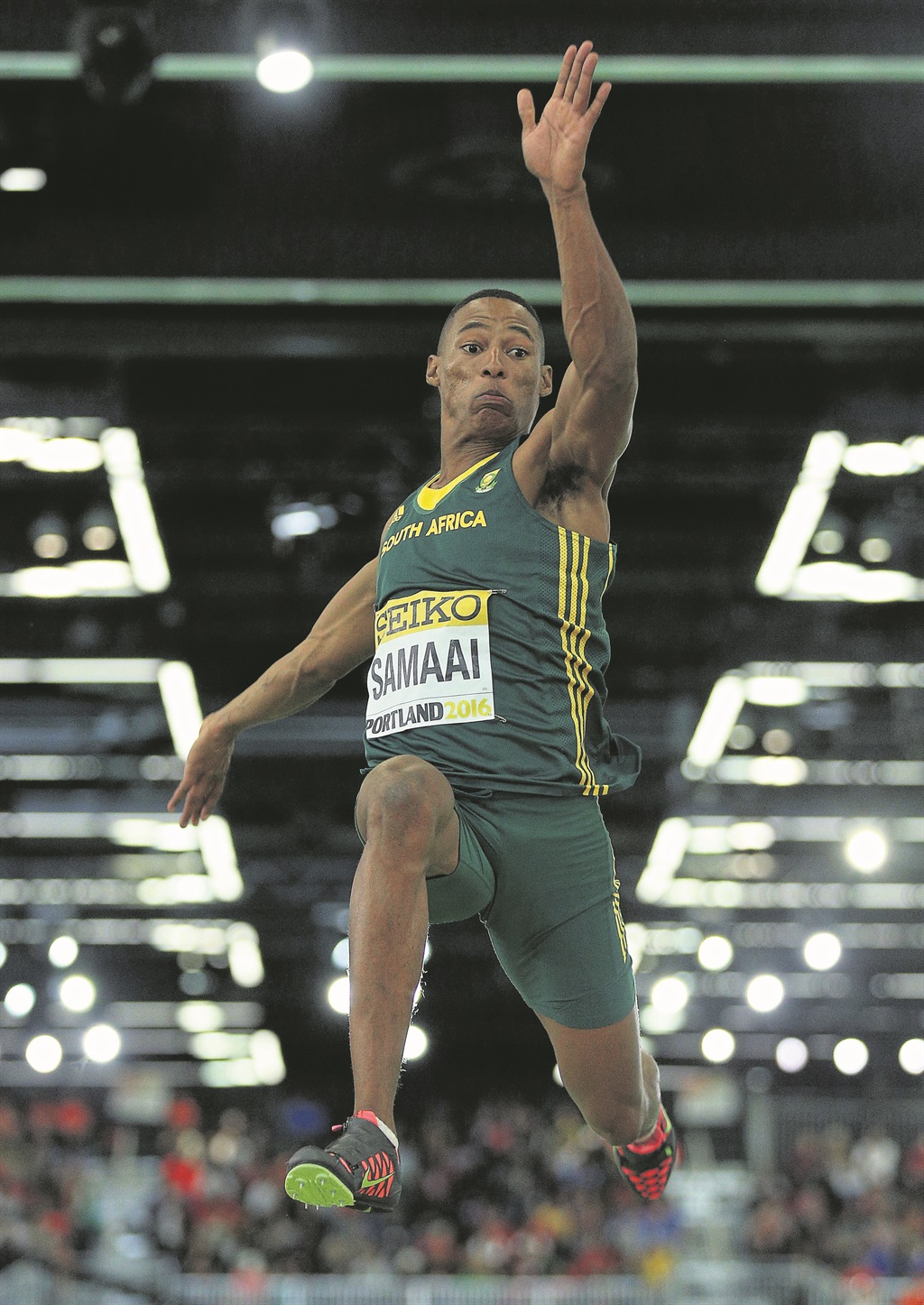 Long jump star Ruswahl Samaai was named the University of Johannesburg Sportsman of the Year for the third time in a row at the annual sports awards gala function at the Randpark Golf Club in Johannesburg last night. Picture: Supplied