The University of Johannesburg outfit are determined to capitalise on their good form this season after securing a home semifinal in the Varsity Football tournament last week.

Despite losing their final league game to North-West University, the Orange Army finished top of the table. They ended level with University of Pretoria on points and goal difference, but were ranked first by virtue of their earlier win over Tuks.

This means they have earned a home semifinal against fourth-placed Wits, which will be played at UJ’s Soweto campus on Thursday.

Coach Mandla Zwane said they were ready to embrace the challenge of playing for a place in the final.

“If you look back at the North-West University match it was a kind of thrill-a-minute game and they managed to get an early advantage,” he said.

“But it has not affected the morale in our camp and we are ready to tackle the next hurdle.”

A sizzling goal from North-West right wing Banele Hlophe made the difference on Thursday as they became the first team to inflict defeat on UJ this season.

However, the UJ players showed their form, with Tebogo Mandyu being named the FNB player of the match and Sandile Ngobese pulling off the Debonairs Real Deal Save.

Zwane said they would be using those sorts of performances to continue their challenge in the competition.

“We are ready to embrace what lies ahead of us but we know it will not be easy,” he said of a Wits team they defeated 2-1 earlier in the tournament.

“The players understand that the pressure will be on in the sudden-death situation of a semifinal, but we want to play our own game and focus on what we do well.”

Wits will be looking to bounce back from their final league match, when they went down 4-2 to Tshwane University of Technology (TUT) and had to settle for fourth place on the log.

Although UJ have set themselves the objective of winning the tournament after some near misses in recent years, Zwane said they would not get ahead of themselves.

“We are going to take it one match at a time and our focus now is on Thursday’s game against Wits,” he said.

The match at the Soweto campus gets under way at 6.15pm and will be preceded by the first semifinal between UP-Tuks and TUT at the Tuks Stadium at 4pm. 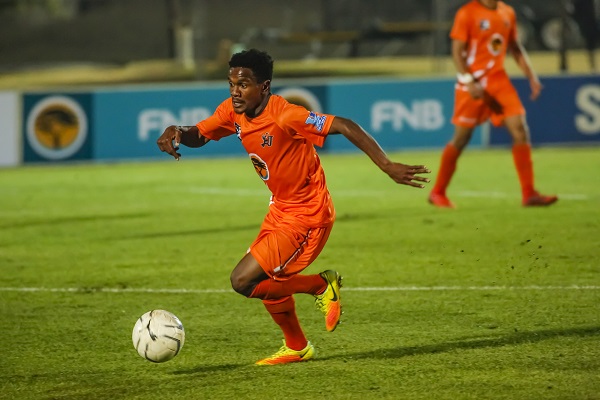 University of Johannesburg’s Tebogo Mandyu will have an important role to play when his team face Wits in the Varsity Football semifinals at UJ’s Soweto campus on Thursday. Mandyu was player of the match in last week’s encounter against North-West University. Picture: Dominic Barnardt/Varsity Sports