The 23-year-old reached the final of the individual event for the third consecutive year and claimed her second title at the Nelson Mandela University north campus courts.

It was a courageous performance by the chiropractic student, who seemed in control when, leading 2-1, she built up a 7-4 lead.

Pienaar later admitted that nerves had kicked in as she closed in on victory against her experienced, 33-year-old rival from Tshwane University of Technology, whom she had always struggled to beat.

“It was a nerve-racking stage and I think I got a bit tight at that moment because suddenly I was thinking that I could win this,” she said.

After dropping the game 11-8 to make to score 2-2, Pienaar said she was still reasonably confident.

“I managed to regroup walking back on the court for the fifth game.

“I just said to myself ‘OK, it’s back to square one; just get in there play some long rallies’.

“I was still feeling strong and I knew I could keep the pressure on if I just kept the rallies going.”

Pienaar, who won the final game 11-8, said it was a big breakthrough for her to finally beat Siddall, who has played on the professional circuit and had a best world ranking of 38 in 2008.

“It was a big win for me because I’ve had such a mental thing about playing against her,” the UJ No 1 said.

“Having lost to her on a number of occasions, it was a real boost to get past that hurdle.

“I know Lauren has not been playing much and I hoped I could use that to my advantage. I knew it would not be easy, but I felt I could give her a good run.”

Pienaar was delighted to win the individual title again. “It’s really awesome to retain the title, especially against a top player like Lauren.”

Pienaar will now turn her attention to the team event, which UJ have won for the past six years. The tournament ends on Friday. 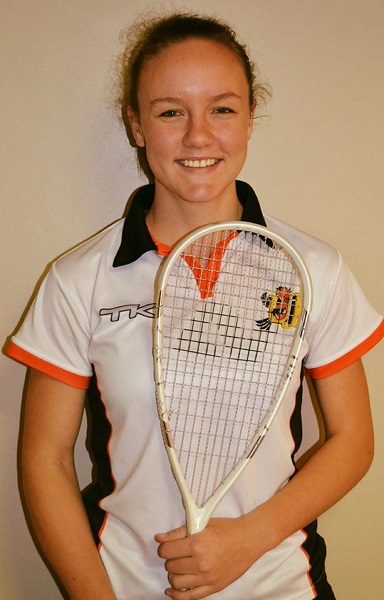