The Nelson Mandela University students maintained their high standing in varsity golf, having also won the title in 2016 and being runners-up last year.

The team qualified as the top side for the matchplay by winning the team strokeplay event on Monday and Tuesday, which meant they faced their B side in their opening fixture.

Team manager Karl du Preez said they overcame the B side, as well as Varsity College, to set up a final showdown against University of Pretoria.

“It was a closely contested final, with Madibaz leading 1.5-0.5 after the morning foursomes.

“Tuks won the number three and four singles in the afternoon, but Altin van der Merwe [who had won the individual strokeplay title] and Kyle de Beer came through to take their singles, securing overall victory for Madibaz.

“A highlight was the ability of the players to perform under pressure,” Du Preez said.

“In the matchplay final it looked like we might be going down 1.5-0.5 in the foursomes, but in the last three holes our players turned it on and produced an effort that, I believe, won the title for us.”

Turning the possible deficit into a 1.5-0.5 lead meant they had to win only two of the four singles to take the trophy, said Du Preez.

On a fairly tight course, keeping the ball in play was the key to success.

Du Preez said Van der Merwe’s superb control with his long irons had helped him to keep the ball in play on some of the narrow fairways.

“He shot rounds of 68 and 70. His first round of 68 was exceptional as he was six under par when he made a double on the last [par-five] hole.”

While acknowledging the individual performances, the Madibaz manager pinned their success on an allround squad effort.

“Everyone contributed at various stages of the event. For example, Jacques Smith shot a fantastic one-under-par in the strokeplay to help us win the title.

“He then played brilliantly against Varsity College in the matchplay, winning his singles 7/6 to ensure the win for Madibaz.

“Jacques and [captain] Colin Baldie also secured a crucial half in the final against Tuks in the foursomes.

“Having the services of [training PGA professional] Pieter Rademeyer, from Humewood Golf Club, available at the event ensured a sense of calm among the players.

“This is massive for Madibaz golf. To beat the best in South Africa is one thing, but to win consistently is something we aspire to.”

Du Preez paid tribute to Mandela University and their sponsors for their backing.

“I would like thank Madibaz Sport, especially golf manager Melissa Awu, for the continued support of our programme.

“A special thanks also to Alan Barr from KPMG, who has assisted in the development of not only our elite players, but also ensured that we have a development programme for students at our university.”

Awu said the success of the squad showed that the partnership with KPMG was yielding good results.

“Our players have been rewarded for sticking to their training programmes and we have received great support from Humewood Golf Club in [club pro] Brendon Timm and Pieter Rademeyer.

“Madibaz Sport is extremely proud of the team’s performance. It is moments like these that make it all worthwhile for us as sports managers.” 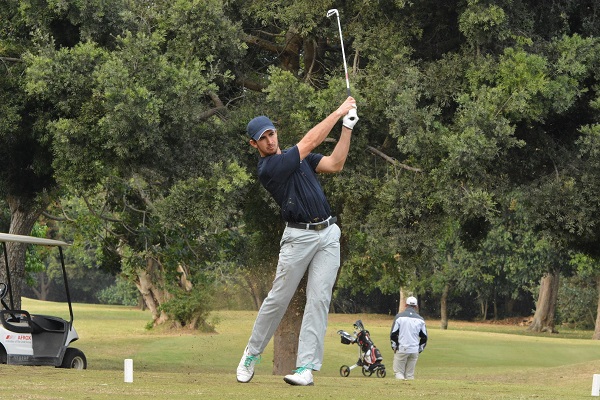