The BCX professional cycling team will be out to continue a recent run of success when they tackle the Bestmed Jock Classic road race in Mpumalanga on Saturday.

The 35th edition of the one-day event makes it one of the oldest road races in the country. It will test the riders over 151km, split into three stages, from Mbombela to Sabie, via White River, and then back to the start.

BCX riders Chris Jooste and Marc Pritzen have shown fine form lately, with Jooste winning the Knysna Cycle Tour at the beginning of the month and Pritzen taking the honours in the Kremetart in early June.

Along with David Maree and Steven van Heerden, they form the nucleus of a potent outfit, backed up by the formidable skills of Clint Hendricks.

The 26-year-old Hendricks, who had won a bronze medal in the Commonwealth Games in April, said this week it was a little early in the year for him and he would adopt a support role.

“I am targeting the big classics towards the end of the year so I’m not quite ready for this one yet,” he said.

“My focus will be very much on supporting my team-mates and making sure we deliver a win for the team.

“Our team is looking pretty good at this stage, with guys like Chris and Marc having some good results.

“With David and Steve in the mix, we are in good spirits and there will be plenty of motivation to keep the momentum going,” Hendricks said.

He followed a similar strategy last year, guiding Brendon Davids to the top of the podium, followed by Van Heerden and Maree.

The format of the race necessitated a specific strategy over the three stages, he said.

“Normally what we try to achieve is not to lose any time on the opening stage, which is over a fast and flat course. Then you have to up the intensity on the second and third stages, where you can try to create a bit of a gap.
“There are some key sections that can make a difference to the final run-in, such as the climb up Spitskop on the second stage and the infamous Long Tom Pass on the final stage.”

A one-day race split into three stages presented its own challenges, he added.

“It’s quite challenging with the stops that are built into the event, because you cool down and it can be difficult to get back into your rhythm.

“But it does make for interesting competition because the stages are short, so there is some intense racing during the day.”

The first stage will take the peloton from Mbombela to White River over a distance of 42km. The second covers 45km to Sabie, including the climb up Spitskop.

The final stage will be contested over 63km back to Mbombela and includes the gruelling Long Tom Pass.

The Jock Classic, presented by Rudy Project, is a seeding event for the Cape Town Cycle Tour.

The event is open to all amateur riders and anyone interested can still enter today. For more information, go to www.thejock.co.za. 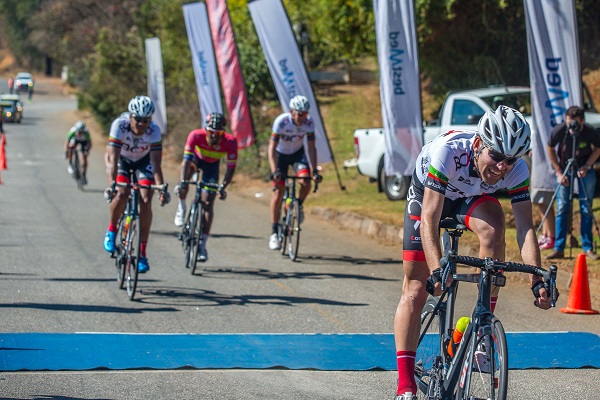 Steven van Heerden, who was runner-up last year, will be one of the key members of the BCX team as they target another title in the one-day, three-stage Bestmed Jock Classic cycling road race from Mbombela to Sabie in Mpumalanga on Saturday. Picture: Memories 4U Photography