The Madibaz women’s football team will be aiming to use a mixture of youth and experience to make an impact when the University Sport South Africa tournament takes place next week.

Starting on Monday, a total of 64 student teams from universities around the country will be in Port Elizabeth for this annual varsity football extravaganza hosted by Nelson Mandela University.

The tournament will come to a conclusion when the final matches are played on July 6.

Coach Nomaxabiso Manto said after taking a virtually new team to last year’s tournament – only one player had previous USSA experience – they had finished 13th.

This time, she said, they had managed to maintain a strong thread of continuity, with experience and youth combining to possibly improve their position in the final standings.

“We are determined to finish in the top eight which will help us to secure a place in the Varsity Football competition,” she said.

“The USSA tournament plays a major role in our programme each year because it gives us a chance to showcase our talent against the best varsity teams in the country.”

Manto said they were excited about playing in Port Elizabeth and aimed to reap the rewards of their extensive preparation programme.

“The players have been training very hard and everyone has been putting in an extra effort for this tournament, especially as we will have home support.”

She added that doing well in the USSA tournament, as well as the Nelson Mandela Bay regional league, were their priorities for this year.

Their mental preparation for the tournament would be the key to their chances of success, said Manto.

“We need to make sure we have the right attitude going into the week and that we stay positive at all times.

“We have the quality that is required to do well but we just need to make sure we believe in ourselves.”

Recognising that a concerted team effort would be essential for them to excel, Manto added that they had a number of exciting players in their line-up.

“To mention a few, players such as Ayabulela Ndyebi and Ababalwe Madasithe, who are rookies in the team, are confident and skilful. It will be interesting to see what impact they make.”

Assessing their opposition, she felt Tshwane University of Technology and University of Western Cape would be the leading contenders for the title. 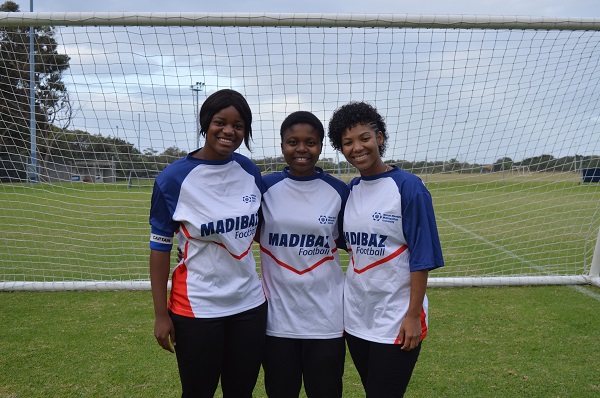