The University of Johannesburg squash team are hard at work preparing for the University Sport South Africa tournament in July, where they are eager to maintain a remarkable run of success.

Last year, the UJ squad won the team title for the sixth time in a row and with the nucleus of that squad available again this year they should be a tough team to beat when the tournament takes place in Port Elizabeth.

Third-year student Kyle Maree, who has been one of the mainstays of the side, said their preparations were well on track for the tournament, having started in January.

“When we draw closer to a big tournament we focus on short-burst exercises to build on the speed you need for the game.”

He said he knew, despite their success, that they would face some tough challenges in the event as a number of varsities had attracted good, young players.

“But we will just be focused on producing our best for UJ at USSA and hopefully that will be enough to get us over the line.”

Maree added that they had maintained good continuity from last year’s squad, including 2017 individual champions Blessing Muhwati and Alexa Pienaar.

“We have lost Ian Sturgeon, who was the men’s No 4, as he has graduated but Calvin Spencer will now take his place.

“In the women’s squad last year Ana Chemaly was injured, but has fortunately made a comeback and that will be a boost for the team.”

Maree felt their preparations for the tournament would reduce the pressure and they would focus only on doing their best.

“I do believe that if we play our best and keep our nerves at bay then we will be in the mix to win again.

“Everyone has been really supportive and proud of what we have achieved. Winning again will be a bonus.”
The UJ star, who was named the university’s student-athlete of the year in 2016 for his sporting and academic achievements, felt they would have few problems adapting to the coastal conditions.

“Many of us have played a few tournaments down at the coast and know what to expect. The ball is slower and almost sits in the air, making volleys easier to play.

“The main adjustment would be the timing on our shots as well as the feel of the lobs and drops.

“Fortunately for us in the last decade we have played with an altitude ball on the Highveld which gives a similar bounce as at the coast, although not exactly the same.

“One thing that will work in our favour will be our cardiovascular fitness. After training hard at altitude it almost feels like there is an unlimited supply of oxygen when we go to the coast.”

He is expecting tough competition from their opponents.

“NWU-Pukke and Stellenbosch could be the main competition, but you can never count out Pretoria either.

“All of the teams should be at a decent level of play and I don’t think there will be many easy matches.”

He said the team was gelling well together and they were excited about the week in PE.

“Win or lose, I am proud of what we have done and just want to thank all the players, coaches and managers of the team for the effort they have put in.” 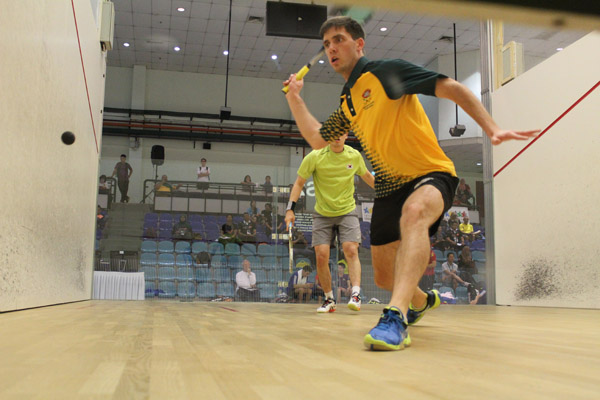 Kyle Maree will be a key player for University of Johannesburg when they target a seventh straight title in the University Sport South Africa squash tournament in Port Elizabeth in July. Picture: Supplied