This makes it a hat-trick of titles for the King outfit and they will again represent the region in the provincial finals to be played at Woodridge, near Port Elizabeth, on August 11.

Tournament director Bev Forword said it was another wonderful family day of hockey and fun “all made possible by SPAR”.

“Nine teams took part from as far afield as Aliwal North, Bedford and Burgersdorp,” she said.

“For some of these schools it is the only tournament they participate in during the hockey season and they certainly enjoyed the festivities.

“There was live music, spot prizes, plenty of food and lots of exciting hockey.”

In the preliminary stage, Kingsridge topped pool A, with Aliwal North the runners-up, while Queenstown Girls’ High headed pool B, with Burgersdorp second.

Kingsridge coach Mark Taljaard said they were delighted at winning again, but were also thrilled at the massive support the tournament received from the local community.

“I think the people of King and the supporters of schools like Kingsridge, De Vos Malan and St Christopher’s were fantastic in the way they got behind the event,” he said.

“The final was extremely well contested, much like our recent derby, which we also won 1-0.

“Queenstown put a lot of pressure on us at the start, but we were eventually able to get the winning goal through Charmone’ Theron from a penalty corner.”

SPAR Eastern Cape sponsorship and events manager Alan Stapleton said this tournament had a “special feel about it”.

“It was really great to see schools like Burgersdorp, Aliwal North and Templeton, who travelled great distances, being part of the event and their spirit was outstanding,” he said.

“And then there was the amazing support from parents and families, in particular the King William’s Town folk, who came out in their droves.”

Besides the exciting and competitive hockey and memories which were made, Stapleton said it also gave them an opportunity to promote their Stop Plastic campaign.

“There was added value of being able to spread the message of the threat of plastic in society, encouraging all to reuse, recycle and to look after our environment.” 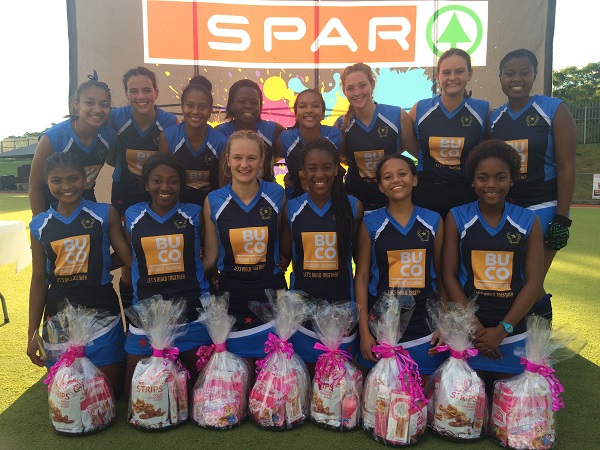