The University of Johannesburg’s team did not achieve what they had set out to do, but came away from the University Sport South Africa women’s sevens rugby tournament with their pride firmly intact.

After several near misses in previous years, the UJ team were motivated to go all the way in Saturday’s tournament at Wits in Johannesburg, but ultimately finished third in the standings.

Team manager Tumi Leseke said they were proud of the squad’s efforts and the determination and commitment they showed.

“I feel the girls put their hearts into everything they did on Saturday and wouldn’t have changed anything,” she said.

“Of course, it would have been amazing to finally win USSA but we left it all on the field, incurring a few injuries along the way.

“The girls held their heads high and believe that their chance will come again. In the end the sport of rugby was the winner and that’s all that matters.”

She added that the players were always hungry to do better and were still motivated for the challenges ahead.

Leseke said the team’s determination to succeed was personified by captain Nontobeko Ntombela’s efforts in the last group match.

“She made hard, crucial try-saving tackles and created many beautiful team tries, even scoring some herself.

“Her leadership was tested, but she held her head up high and displayed remarkable strength that the team really needed on the day.”

There was recognition for UJ’s efforts with the selection of Vhugala Ndou and Joy Cheptoo for the SA Students team.

“After numerous injuries that would have left many unmotivated, these players put their hands up and were recognised for their efforts.

“The selection of the girls is an amazing achievement and we are proud of them.

“But we also recognise that rugby is a team sport and any recognition is only possible through the efforts and support of their team-mates.

“Win or lose, we stand proud of our efforts and we always strive to be better.”

After winning their group in the USSA tournament by going through their programme unbeaten, UJ took on University of Western Cape (UWC) in the quarterfinals.

Despite suffering some injuries to frontline players, as well as conceding an early try, they hit back, with Ndou scoring a hat-trick of tries to make it 19-7 at the break.

Leseke said they capitalised on that in the second half to win 38-7, with Ndou getting four tries in all.

“With the win we came up against long-time rivals UP-Tuks in the semifinals.

“The match was a tough one which had the girls digging even deeper than they had the whole day, but Tuks outclassed us and won 47-0.

“The decision on who finished third was made after discussions between the two coaches. The University of KwaZulu-Natal coach felt it unnecessary to contest it and we took the third place.”

The UJ manager said they were indebted to the university for their support and commitment to transformation rugby.

“Secondly, to all our supporters and alumni, we don’t take your support for granted.

“Lastly, to young South African women, I hope this team serve as an example to you. Do not give up on any of your dreams because, with hard work, courage and discipline, you can do anything.” 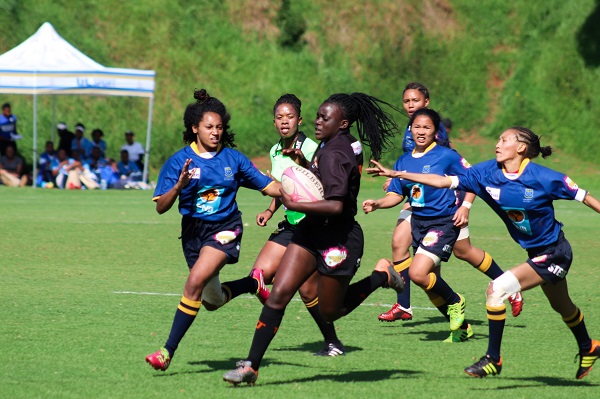