Kingswood College, who narrowly lost out last year, will be looking to go all the way when they host the PE North edition of the SPAR Eastern Cape Schoolgirls Challenge in Grahamstown on Saturday.

This tournament was first played in the Eastern Cape two years ago and has become a popular event for schools from Eastern Province, Border and Southern Cape.

A total of five regional tournaments will be played over the next two months, with the winners of each qualifying for the provincial finals to be held at Woodridge, just outside Port Elizabeth, in August.

The PE North tournament will see a total of seven schools vying for the honours. They will play a round-robin tournament during the day, with the top two sides on the log contesting the final.

Bevan Bennett, who has taken over the coaching of the Kingswood side this year, said the tournament played an important role in the development of schoolgirl players.

“It’s wonderful that sponsors like SPAR Eastern Cape have come on board and are helping us grow the game,” he said.

“In this tournament you get to play teams you don’t traditionally meet so it is a great experience for everybody.”

He added that the nature of the tournament contributed an unknown factor to the proceedings.

“Matches which are limited to 20 minutes make for a good test for all the players.

“It is a format which doesn’t allow you to be able to come back that easily, so you really have to make sure you start well.

“I believe you have to go out with a positive mindset and try to attack early on. If you manage to get a lead, then it is up to you to make sure your defensive systems are up to speed.”

While Kingswood will be fired up to do well, especially on their home astro, Bennett said they knew that nothing was guaranteed.

“There are some opponents we don’t know a lot about so we have to be ready for anything out there.

“DSG will always be a competitive outfit and Victoria Girls’ are a hard-working side, which means there will be plenty of challenges along the way.”

Having observed previous matches and heard about the format, Bennett said he was looking forward to being involved this time.

“This is my first real exposure to it so it’s going to be an interesting experience,” he said.

“We have a couple of girls back from last year who will be influential, but we also have a fairly young team with some U16 and second team players coming through the ranks.

“So with a fairly new team, a new coach and a new way of doing things, the girls are excited about the weekend.

“They desperately want to go one better than their runners-up position of last year.” 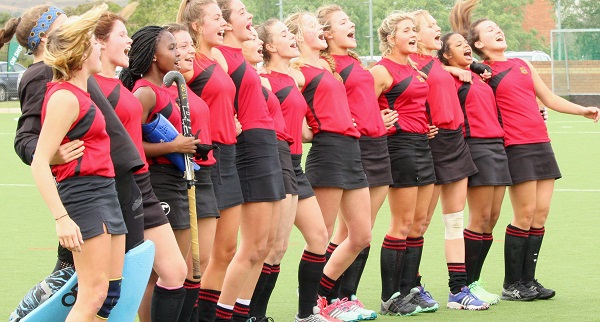