FNB Madibaz rugby coach David Maidza says the whole squad must stand up to handle the pressure when they face Wits in their third Varsity Cup match at Madibaz Stadium in Port Elizabeth on Monday.

After losing their opening encounter against University of Cape Town, the Nelson Mandela University outfit suffered an agonising one-point defeat (38-37) to Central University of Technology in Bloemfontein this week.

It has left them marooned near the bottom of the log, ahead on points difference of only University of Pretoria, who have lost all three of their matches.

The Madibaz mentor acknowledged they had put themselves under pressure, but said the important thing was how the squad handled the situation.

“We have to pinpoint the specific areas and take every opportunity to deliver on what we want to achieve.

“I am confident we can turn it around if everyone is willing to work hard and to start trusting one another and to trust the system.”

As one of the senior rugby teams in the province Maidza said it was important they delivered winning rugby to make Madibaz an attractive proposition for the “many talented schoolboys in the region”.

“We are a much better team than what we’ve shown so far and it’s now time to be honest, to grind it out and make sure nobody loses focus.”

After starting off well against CUT, the coach said it was frustrating and disappointing to end up on the losing side.

“But unfortunately we did not play to our potential and we didn’t control the game. Ultimately we got punished for that.”

After calling for greater accuracy in their finishing following the loss to UCT, Maidza said they continued to make the wrong decisions at the wrong times.

“We did not execute properly when we were supposed to and it’s all about our total accuracy during the whole game. We can ill afford to carry on like that.”

He added that the squad understood what was required to handle the challenges of the Varsity Cup.

“I believe we have a quality side who realise the importance of this competition.

“It has become such an important platform for young players to make an impression because it is the stepping stone to the next level.

“It’s critical to show we can play to our true potential and we know we have to start managing our play much better, which we will discuss over the next few days.

“We need to learn that you cannot give teams a sniff, because once you do that any side will seize the initiative.” 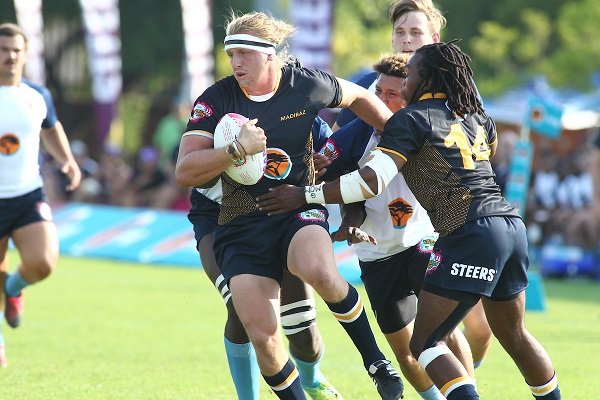