The Bestmed Cycle4Cansa Championship at Sun City will celebrate its 21st anniversary this year with an attractive incentive for participants who enter before March 2.

As the organisers strive to deliver a memorable experience when the weekend festival takes place on August 25 and 26, those who beat the early-bird deadline next month will receive a 15% discount.

Announcing that entries were open, event organiser Mauritz Meyer said they were again looking forward to a weekend filled with cycling activities as they continued their association with the Cancer Association of South Africa.

“This is one of the longest-running events on the South African calendar and we are again aiming to make a significant contribution to Cansa,” said Meyer.

“We have raised R4-million for the organisation over the years and obviously we are keen to support this very worthwhile cause.”

The organisers have introduced one minor change this time, hosting the event a week later than in previous years.

“This prevents a clash with the annual Marikana memorial activities,” said Meyer.

“It means cyclists will be able to get to Sun City without having to worry about using alternative routes this year.”

He added that they would be sticking with the race routes they had used for the last two years.

“The road-race route is fast and flat and has received only favourable feedback following the change to the traditional route in 2016.”

The feature race on the Sunday will cover a distance of 103km and will again be a premier seeding event for the Cape Town Cycle Tour.

For road cyclists there is also the 70km race on the Sunday, while the mountain bike events, which present 25km- and 50km-route options, fill the Saturday slot over the weekend festival.

Meyer said they encouraged families to enjoy a weekend at one of South Africa’s iconic holiday resorts.

“Join us for a fun-filled, action-packed weekend with loads of prizes up for grabs,” he said.

“There is free entrance for vehicles into the Sun City resort before 6.30am on Sunday and 7.30am on Saturday.”

For further information on the event, go to www.cansalostcity.co.za. 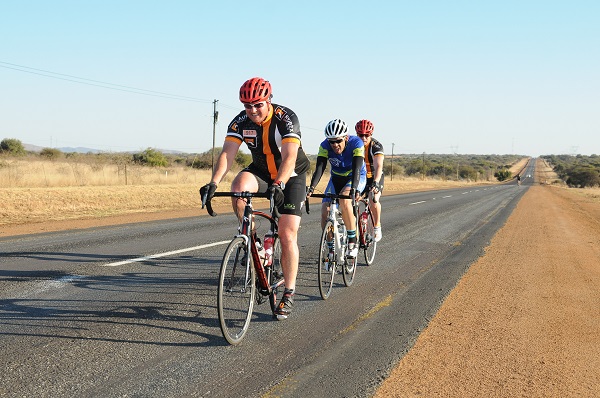 Cyclists who enter the Bestmed Cycle4Cansa Championship at Sun City in August before Friday, March 2 will get an early-bird discount of 15%. The road race takes place on August 26. Photo: Jetline Action Photography