FNB Madibaz rugby coach David Maidza wants to see better finishing from his team when they run out for their second Varsity Cup fixture against Central University of Technology (CUT) in Bloemfontein on Monday.

Playing their first home game in two years, the Nelson Mandela University side went down 27-17 in their opening fixture against University of Cape Town at Madibaz Stadium last Monday.

Maidza said while they were pleased to have had a home game after last year’s stadium revamp forced them to play all their fixtures away, they were disappointed with the result.

“I thought we were effective with the ball in hand, especially in the outer channels, but at the same time we did not finish off,” said the coach.

“For example, in the first half we had a number of opportunities to put some points on the board, but we did not use them properly.”

He said there were a couple of areas in their game they needed to work on.

“We need to make sure we get our attacking shape right and concentrate on finishing off those moves.

“On Monday, we had to move a loosehead prop to tighthead so we struggled a bit in the scrums and that is something we’ll be focusing on.”

He added that they would also work on tidying up their lineouts to create stable set-pieces, which would provide a better base from which to attack.

Maidza said he was positive about the path ahead.

“I am confident there will be an improvement. This was our first game, so a little bit of match fitness is required, but we will pick that up as we go along.”

While CUT are struggling somewhat after losing their first two games, the Madibaz mentor said they preferred to focus on their own play.

“We have to understand that we need to fix our own game,” he said. “If we start concentrating on CUT we might lose our own focus, so that is our approach going forward.”
He acknowledged that CUT were a capable outfit and said the Bloem side would also be aiming to improve their own game.

“We need to concentrate on what we have to do and we want to bounce back from Monday’s result as we fight for a higher position on the log.”

While it was early days in the competition, Maidza said he thought Stellenbosch could be the team to beat.

“Maties have a good side and they have started very well. But there’s a long way to go and all the coaches will be focusing on kicking into gear in the next few weeks.” 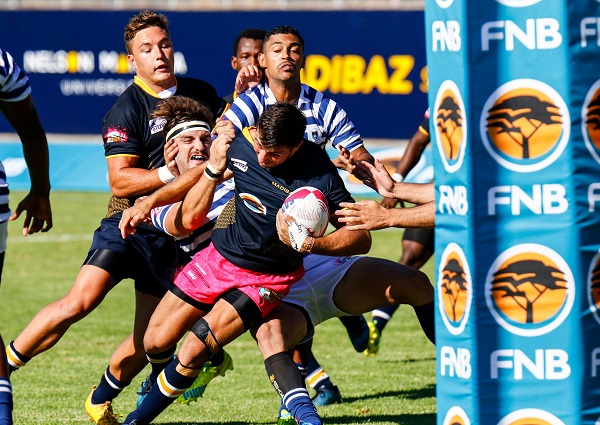