The Madibaz cricketers honed their Twenty20 skills as they prepared to prove a point at the Varsity Cricket tournament in Potchefstroom from Monday.

The Nelson Mandela University outfit came within a whisker of taking the University Sport South Africa (USSA) title in October, losing by four runs to the University of Pretoria in the final, and now they are focused on cricket’s most frenetic form of the game.

Eight universities will be vying for the title of student T20 champions. The teams will meet in a round-robin section, with the top four advancing to the semifinals.

Madibaz captain Lloyd Brown acknowledged that they had not performed at their best in previous Varsity Cricket tournaments.

“But we have predominantly the same squad which came so close to the USSA title and we have been working hard at our skills,” he said.

“We want to go in with a mentality of playing free and positive cricket, but understanding that you need to execute your skills under pressure. That’s what it often comes down to.”

Brown said the nature of the format meant games could be decided in specific moments and they needed to be “up to speed for those moments”.

He felt they had a well-rounded squad, with players such as opening batsman Eddie Moore and fast bowler Lutho Sipamla adding the experience of having played at franchise level.

“Matthew Christensen is also batting extremely well and we have an exciting young legspinner in Kyle Jacobs. As has been shown, legspinners can be pretty effective in this format.”

Although the tournament takes place fairly early in the year, Brown said all their players had been involved in cricket of some sort, from turning out for the EP Academy to their franchises.

“Maybe we haven’t played much as a team, but we know each other well so that is not really a problem. Our preparations are well on track.”

The tournament will again have the Power Play Plus rule, which will influence the captain’s thinking during each match.

This rule gives a team double the number of runs they score during an over of their choice and allows the captain of the fielding side to select the bowler he would like to bowl.

And for every wicket they lose during that over, the batting side lose five runs.

“They have modified it a bit to make it a little fairer, such as no fielding restrictions, but it is still quite tactical and there are a number of ways to approach it,” said Brown.

“You can either just try to knock it around for eight or so runs, which gives you 16, or you can be ultra-attacking and try to post a really big number.

“It adds an exciting dimension, but it does make captaining pretty stressful.” 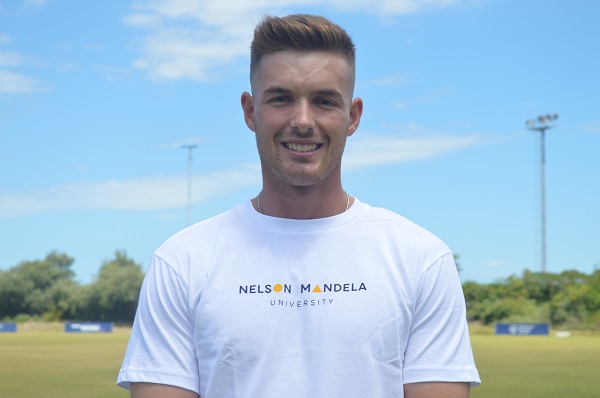 Madibaz captain Lloyd Brown will be looking for a good performance from his squad when they compete in the Varsity Cricket tournament which begins in Potchefstroom on Monday. Photo: Supplied