The series for coaches and athletes will consist of courses in three categories, to be held simultaneously.

Those attending must choose one of the categories – the coaching clinic or either the ASA Level 1 or Level 2 coaches’ course.

Van Zyl, who is targeting a fourth appearance at the Commonwealth Games this year, will be joined by experienced Pretoria coach Hugo Badenhorst and former national middle-distance runner Ilze Wicksell at the course, where they will assist coaches and athletes.

Badenhorst, who will be specialising in jumps, has been involved with athletics in Gauteng North for more than three decades and is chairman of the Athletics SA coaches’ committee.

Wicksell ran for South Africa from 1980 to 1983 and again at the African Championships in 1993. She holds the national record for the 1 000 metres.

Madibaz athletics manager Nellis Bothma said they were delighted to have the trio at the clinics.

“It is really great to have high-profile athletes and coaches such as these to assist our coaches and athletes in the Eastern Cape,” he said.

The 32-year-old Van Zyl said he was relishing the chance to interact with coaches and athletes to possibly inspire the next generation.

A Bestmed brand ambassador, the SA 400m hurdles record holder has been included in the preliminary SA team for the Commonwealth Games. He won a gold medal and two silvers at previous Games meetings.

“I am fully into training and aiming for, at least, a spot on the podium,” he said of the Games, which will take place in Australia in April.

“For now, though, I am looking forward to this week’s clinic and to help athletes and coaches.”

Van Zyl added that his main objective at courses such as these was to motivate young athletes to achieve their dreams.

“If I can hook just one hurdler, who, maybe in five years’ time, excels in an international event and can look back and say ‘I attended a Bestmed Madibaz coaching clinic in Uitenhage and LJ van Zyl inspired me to go on with athletics’, that would be fantastic.”

His main message to aspiring athletes is that there is no substitute for hard work.

“I will use my own programme as an example. There is no other way to success besides training every day.

“To get to the top you have to make a massive sacrifice, but that’s part of being an athlete; it’s a full-time job.”

The rewards were “simply amazing,” he added. “It’s really about keeping it simple, training every day and concentrating on the basics of your discipline.” 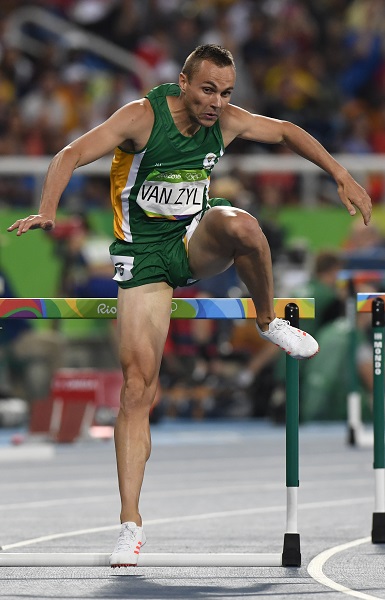