Christmas will make an early appearance in Port Elizabeth when the monthly Valley Market, sponsored by SPAR Eastern Cape, starts the festive season celebrations in appropriate style on Saturday.

The organisers, Love Story, have been hard at work this week, transforming the venue, the old Tramways building near the harbour, into a Christmas wonderland.

Love Story founder Elaine Watson, whose organisation use the event to raise funds for the destitute, said they tried to do something special for the December market every year.

“All the vendors will follow a Christmas theme in their stalls,” she said. “There will be gift shopping, a Santa Claus, a kiddies’ cinema and live entertainment.”

A special touch this year would be combining Love Story’s Buckets of Blessings campaign with the market, she said.

“People are encouraged to bring along non-perishable food items or sponsor a bucket for Love Story to distribute to the homeless over Christmas,” said Watson.

The campaign forms part of their ongoing work to help those in need in Nelson Mandela Bay.

The local charity was founded by Watson and her husband, Luke, in 2012 to support the many destitute people in the region.

Love Story run feeding schemes, distribute clothing to those in need and also work in hospitals, using the Valley Market’s gate takings to support these activities.

The market usually attracts about 1 000 visitors each month, but Watson said they were hoping to see double the number as a result of the extended hours.

“This Christmas market will be held over 12 hours, starting at 9am. We hope to see a much bigger than normal attendance.

“The night-time market will take on a different atmosphere, with TOPS tastings and live entertainment.

“The kiddies’ cinema will provide entertainment for the young ones while their parents relax and have a good time.”

For the energetic, Watson said there would be a 5km Valley Run, starting at 8am and going through Settlers Park.

SPAR EC sponsorship and events manager Alan Stapleton said they were delighted to once again team up with Love Story, with whom they had forged a close relationship.

“We were recently involved with the Bags of Blessings and Festive Feeds campaigns and it’s good to work together again in the Valley Market and Goodnight Market,” he said.

“Giving back to the community is very much part of the SPAR ethos and it’s great to be able to support the wonderful work Love Story do in Port Elizabeth.”

Stapleton said they were looking forward to joining the loyal supporters of the markets at a time when they could celebrate the start of the festive season and the Valley Market in “a combined offering”. 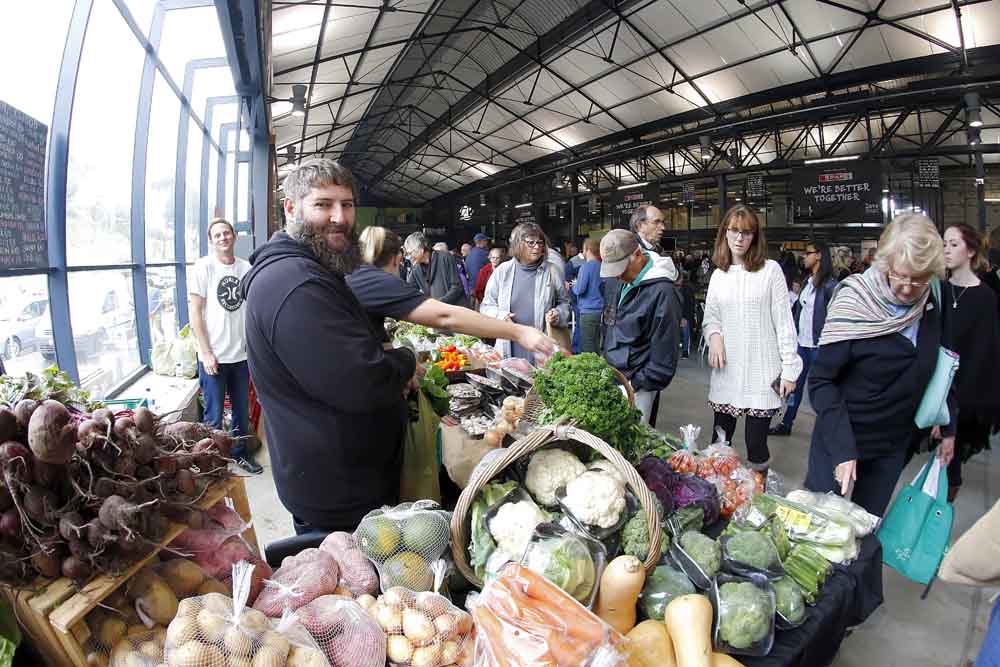 The Valley Market, supported by SPAR Eastern Cape, will be a 12-hour, Christmas-style event on Saturday. It will run from 9am to 9pm at the old Tramways building near the Port Elizabeth harbour. Photo: Leon Hugo