The Bestmed Madibaz Athletics Club, in conjunction with Eastern Province Athletics, will present a much-needed series of coaching courses at Daniel Pienaar Technical High School in Uitenhage next month.

Running from January 10 to 12, the series for coaches and athletes will consist of courses in three categories, to be held simultaneously.

One will be a clinic over all three days, aimed at coaches and athletes. In additional programmes, two courses will be presented for those who aspire to become qualified coaches under Athletics South Africa.

Madibaz athletics manager Nellis Bothma said there was a strong demand for courses such as these in the Eastern Cape. The last one in the region was held in 2010.

“There is a huge need for students and teachers to be given a chance to attend courses such as these,” he said.

“In past years, they have had to attend clinics in other provinces, but now they have a chance to improve their knowledge of coaching in their own region.”

Bothma added that the Madibaz Athletics Club were working with EP Athletics to provide the opportunity for coaches to learn the latest techniques, which they could then apply to athletes at their institutions and schools.

“The course is open to anyone in South Africa and the main aim is to provide knowledge for coaches with the long-term view of improving our athletes across the board.”

The clinic would provide 70 per cent practical knowledge and 30 per cent theoretical information, he said.

“Coaches who are not keen to do the ASA courses can attend this clinic and athletes can enter individually or come with other athletes or their coaches.”

He emphasised that the clinic was different to the coaching courses on offer.

Those who plan to attend will have to choose one of the categories – the coaching clinic or either the ASA Level 1 or ASA Level 2 coaches’ course.

“The Level 1 course is for coaches and athletes who wish to obtain a coaching certificate from ASA. It is open to everyone,” said Bothma.

The course will have four sections – jumps, throws, sprints and hurdles, and middle and long-distance running.

He said attendees were not expected to do any physical activity and coaches would receive an ASA certificate if they passed the open book exam.

“The Level 2 exam is more advanced and will have a pass mark of 70 per cent,” he added.

The closing date to enter for the courses is January 7.

Entries for the Level 1 and Level 2 courses must be sent to Hugo Badenhorst (hugo.badenhorst@lantic.net) and the cost is R650, plus R300 for accommodation if required.

Names for the coaching clinic must be sent to Zirk Kemp (zirkemp@yahoo.com or eniemand@danielpienaar.co.za) and the registration fee is R160 for coaches and R100 for athletes, plus R300 for accommodation if required. 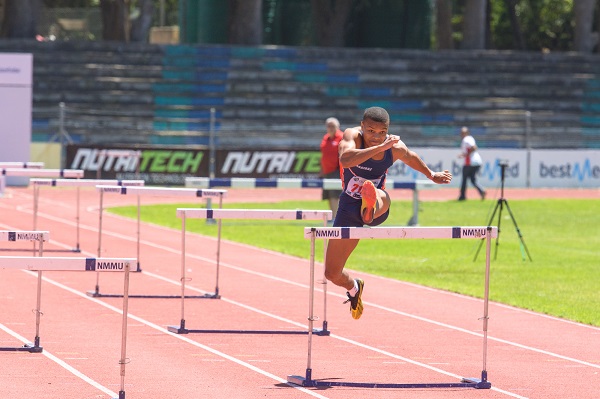 The Bestmed Madibaz Athletics Club, in conjunction with Eastern Province athletics, will offer a number of courses for athletes and coaches at Daniel Pienaar Technical High School from January 10 to 12. Photo: Morne Condon