A 14km stretch of district road leading to the top of a plateau could be the tipping point when cyclists tackle the Bestmed Wild Coast Sun MTB Classic near Port Edward in KwaZulu-Natal next weekend.

This is the opinion of the route director, Ian Wilson, who said their overall objective was to ensure that riders of all levels enjoy a memorable mountain-biking outing on December 9.

Durban-based Wilson, who has been building trails in the province for more than a decade, said the 14km district-road section could be the critical stretch in deciding the winners.

“This section takes the riders to the top of the plateau (Mzamba Gorge) and that is where the race can be won. Those who climb well and can hold on for a long burn will do well.”

Wilson said their main objective in setting up the 40km and 20km routes was “no foot down”.

“I try to build routes that everyone can ride. I like to think of the back riders and make it enjoyable for them.

“If they can ride it and enjoy it, the front pack can race it hard and everyone is a winner.”

He said they had built trails going up to and along Mzamba Gorge, which provided spectacular views.

“The route also includes fast-flowing single-track, and the participants will ride through rural villages where they will come across extremely friendly people.”

Referring to the 870m elevation on the 40km route, Wilson agreed there was some stiff climbing to challenge the riders.

“But there is also plenty of recovery time,” he added. “The climbs are followed by flowing downhill sections so it is not a constant grind.”

He felt the race was something really special because of its surroundings.

“There are not many places so close to a town where you can ride in such unspoilt scenery.”

He added that they had removed the 3km beach section because “the tides are against us”.

“Nobody will want to push a bike through soft sand for 3km, so unfortunately that section is not in this year.” 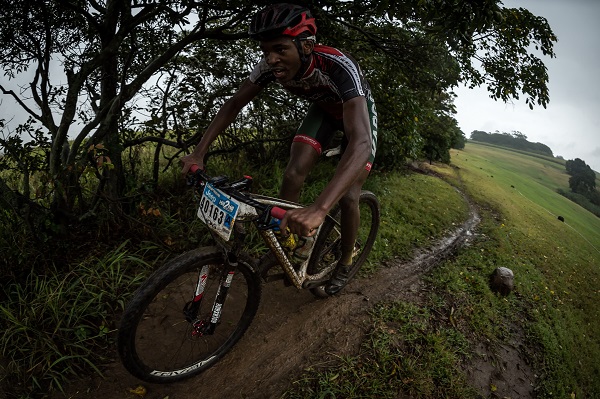 There will be plenty of flowing single-track for cyclists to tackle when the Bestmed Wild Coast Sun MTB Classic takes place near Port Edward in KwaZulu-Natal on December 9. Photo: Em Gatland