Organisers of the Liberty Waterberg Encounter have slightly shortened the overall distance of the three-stage race, but route director Mel Meyer has promised it will still be a rigorous test for the entrants.

Taking place near Bela-Bela in Limpopo, the mountain bike race from June 9 to 11 is the second in the Encounter Series, following the successful Liberty Winelands Encounter in the Western Cape last month.

Meyer said the decision to limit the event to two race villages, at Sondela Nature Reserve and Elements Golf Estate, had allowed them to design a more compact route.

“This has enabled us to add a much better mountain bike feel to the first day, rather than the longer route we used previously that meant there was more road riding to get the cyclists from point A to point B,” he said.

“This time we have used a minimum of properties to create the trails and this will give the riders a real flavour of the bushveld in the region.

“The wildlife in the areas adjacent to the trials is amazing.”

He added, though, that the amount of single-track would ensure a strong challenge, particularly once you considered the climbing that had to be done.

“Make no mistake, the 62km route with around 800m of ascent means it will be no picnic and even the faster guys will have to pace themselves.”

The second day will see a clover-leaf route from Elements and Meyer said they had been busy preparing plenty of new trails over the 54km distance.

“It is the shortest of the three stages, but 1 100m of ascent will still give it a lot of teeth,” said Meyer.

“We have been able to develop some amazing single-track on Elements over 23km and we have changed the Shakana climb to do it in reverse.

“There are also some new trails which have been built in the Shakana area so that should be a good experience for many of the riders.”

Meyer said the final stage of 59km would provide a comfortable finish to the Liberty Waterberg Encounter, in partnership with STANLIB, with a highlight being a new stretch of single-track in Sondela.

“There is some ascent, as well as a sandy patch for 3km which I like to call ‘horizontal climbing’, but we have a new 14km section in Sondela which riders should enjoy.

“It’s quite flat and fast, giving you a nice boost to the finish line in the reserve.”

Go to www.waterbergencounter.co.za to enter or for more information. 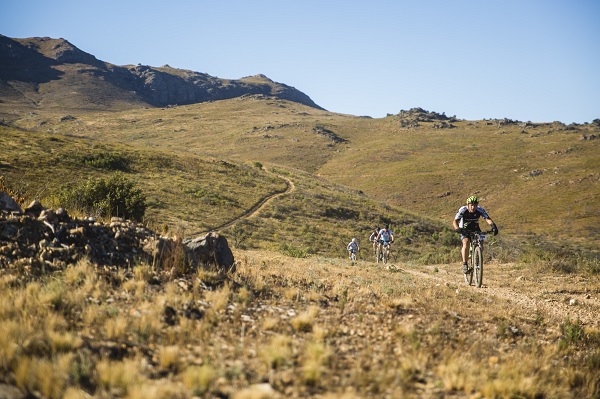 Despite a slightly shorter route, mountain bikers will still be tested in the Liberty Waterberg Encounter which takes place near Bela Bela in Limpopo from June 9 to 11. Photo: Ewald Sadie