The University of Johannesburg Rowing Club received recognition at the highest level when they were named the Club of the Year at the South African Rowing Federation’s annual awards function.

The national body held their inaugural awards evening in Johannesburg last weekend and UJ head rowing coach Dennis Howard said the acknowledgement had inspired them for the start of their 2017 programme.

“This is an incredible achievement as it is not often you manage to reach and supersede all your goals,” said Howard.

Motivated to improve on what he called one of the “best seasons in the club’s history”, the UJ rowers will attend their annual December camp at Roodeplaat Dam in preparation for the National Sprint Championships in the last weekend of January.

For Howard the highlight of the year was winning the overall University Sport South Africa (USSA) points trophy.

“This has been a goal of the club for many years and this is the first time we have managed to win it.”

He said their success did not lie with any specific individuals, but was achieved by a commitment across the board.

“The successful year came through continuous training and dedication to one goal by the entire club.

“We believe it is the culture within the club that makes it a success. Each member is a part of the rowing family and we support each other in all we do.

“Through good leadership and correct training we have been prepared to take on any challenge.”

There are 45 members in the club, making them one of the biggest varsity/senior clubs in the country.

“The UJ Rowing Club brand is very popular within South African rowing and we are becoming known for being competitive on every level,” said Howard.

“The club rows at Victoria Lake in Germiston and Roodeplaat Dam in Pretoria. Our gym work and erg training (on rowing machines) take place in UJ’s APK Gymnasium.”

Howard said the main challenges facing club members were to juggle their academic and training commitments.

“Obviously if you want to win you need to train harder. By training harder you have less time for academics.

“But we are proud to announce that every member in the club is doing well academically. If you want to be good at rowing you need to be good at managing all aspects of life.”

He said the priority for next year would be to maintain the performances of 2016, while adding they also wanted to build the numbers in the club.

“You are only as good as your base,” he said.

There was a further feather in the cap for UJ when their rowing manager Carol Howard was named the Volunteer of the Year.

This was in recognition of the efforts she has put into the UJ Rowing Club as well as managing a number of representative teams.

She said she was “honoured and humbled” at receiving the award but paid tribute to many others who have contributed to rowing in the country.

“There are so many volunteers that all deserve acknowledgement as our sport would not exist without volunteers.

“Except for a handful of people involved in the sport, rowing within the country is run by volunteers. This is even more remarkable as Rowing SA was nominated as Federation of the Year and received a total of five nominations at the SA Sports Awards.”

Some of the club’s notable results in 2016 were: 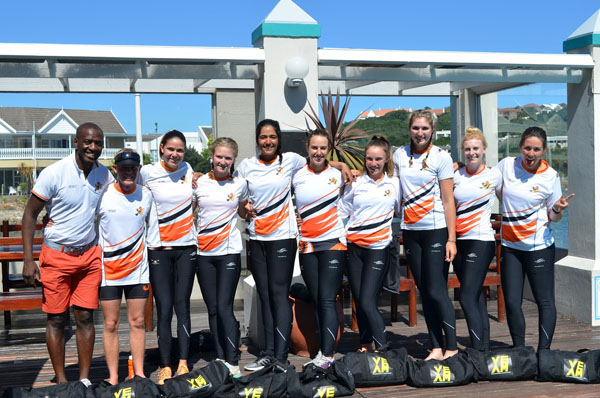