As she moves into a new phase of her cycling career, Cape Town Cycle Tour and national road champion An-Li Kachelhoffer has set her sights squarely on conquering the Bestmed Tour of Good Hope in March.

The 29-year-old allrounder, who represented the country in the Olympic Games road race in Rio, said she was keen to target stage races after announcing this week she would be linking up with Team Bestmed-ASG from January.

The five-day Tour of Good Hope, which takes riders over a testing 490km course through the Cape Winelands from March 6, will be her first opportunity to start ticking stage race boxes.

“The Tour of Good Hope is one of the biggest tours in South Africa,” said Kachelhoffer, who finished third in 2014.

“As a rider, I haven’t really focused on tours in the past, but having ticked off my goals this year, this event has my full attention next year.

“I’m going to give it my best shot. I’m an allrounder and for 2017 I would like to bank something local.”

Kachelhoffer was also looking forward to working with Team Bestmed-ASG, re-igniting a relationship which started in 2013 before she pursued other avenues.

With her husband, Hanco, having taken a position with ASG Sports in Paarl, the team’s equipment sponsors, Kachelhoffer said it made sense to re-join the team.

“I’ll be involved on the events side, running the ASG Bike Club in 2017. It felt like a natural move seeing that I’m already highly involved with the brand.”

Kachelhoffer felt being part of the team would allow her to focus more on her riding.

“I think the team has got something completely different going on for next year and a system that I will also be comfortable in.

“It is extremely important to work as a unit, from the management structure through to the riders. For me the heartbeat of a team is the riders and happy riders usually perform well.”

She added they would be doing intensive training in preparation for the Tour of Good Hope, which is presented by the City of Drakenstein and Scicon.

“A lot of the girls will be based in the vicinity of Paarl and we will all be training together.

“Our focus will be on building a bunch of young cyclists to a level where they understand the life of a professional.

“For example, you train flat out one day and then you have to learn how to recover, because tomorrow you must do it all over again.”

She said it was the perfect training ground to demonstrate what riders could expect in Europe, where there was much greater focus on stage racing.

“An-Li will bring a wealth of knowledge to the team which bodes well for the younger riders. There is massive respect for her in the cycling community.

“She has a fantastic work ethic and I’m sure that will rub off on the team as they train and ride with her on a daily basis. It’s a huge coup for us.”

Entries for the Tour of Good Hope close on November 30. 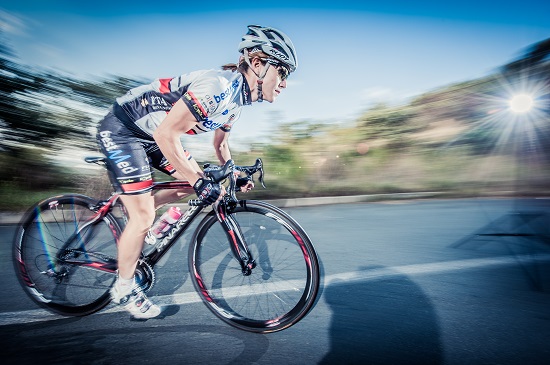