After missing the entry deadline last year, young Jessica Brown made up for lost time when she won the SPAR Junior Chef competition at the Pastryworks in Fernglen, Port Elizabeth, on Wednesday.

In a display of her culinary talents, the 12-year-old from St Francis Bay made the most of her opportunity this time to edge three other finalists for the prestigious title.

For her efforts, Jessica, who attends Woodridge Prep, received a tablet and a voucher of R2 500, which she said she would save for a stand mixer.

As part of her entry recipe Jessica conjured up a tasty dish of tuna fishcakes and home-made tartare sauce.

The finalists were then required to show their initiative and coolness under pressure when they were given a mystery dish to produce. This was a recipe for chocolate marshmallow mousse and the children were given some creative leeway in how they presented the final product.

They were judged on both their entry recipe and their creation of the mystery dish.

Jessica said the most difficult part of the competition had been whisking the cream for the mystery dish, but she also had a lot of fun.

“The most fun for me is always decorating the plate and getting all the ingredients together,” she said.

The other contestants were Ronan van der Vaart from Greenwood Primary, 10, Michaela Bouwer from Sunridge Primary, 13, and Rouche Fourie from Handhaaf Primary, 11.

Now in its fourth year, the SPAR Junior Chef competition has shown remarkable growth, ensuring that the retailer’s objective of providing something fun and creative for budding chefs has been achieved.

“The aim is to try to get youngsters to enjoy cooking and to experience life in the kitchen,” said SPAR Eastern Cape promotions and advertising manager Wendy Westraadt.

“We want to encourage them to eat healthily and to develop different interests – we believe the objective has been achieved.”

She said the competition tied in with SPAR’s values of family, health, passion and entrepreneurship and the initiative gave youngsters an opportunity to build confidence.

Jessica, who admitted to being extremely nervous before the contest, said she was ecstatic to have won.

“My heart was beating so fast,” she said.

“I heard about it last year and wanted to do it, but I was too late to enter, so I have been waiting the whole year. Although nervous, I was also excited.”

Constant growth in the entry numbers over the years has convinced SPAR they are on the right track.

“With each passing year we have more entrants so we know that the interest is there,” said Westraadt. “We are looking forward to seeing where it goes next.

“We believe it’s a great chance for children to use a bit of creativity and to do something that’s fun, while also learning about nutrition and what’s healthy for your body.” 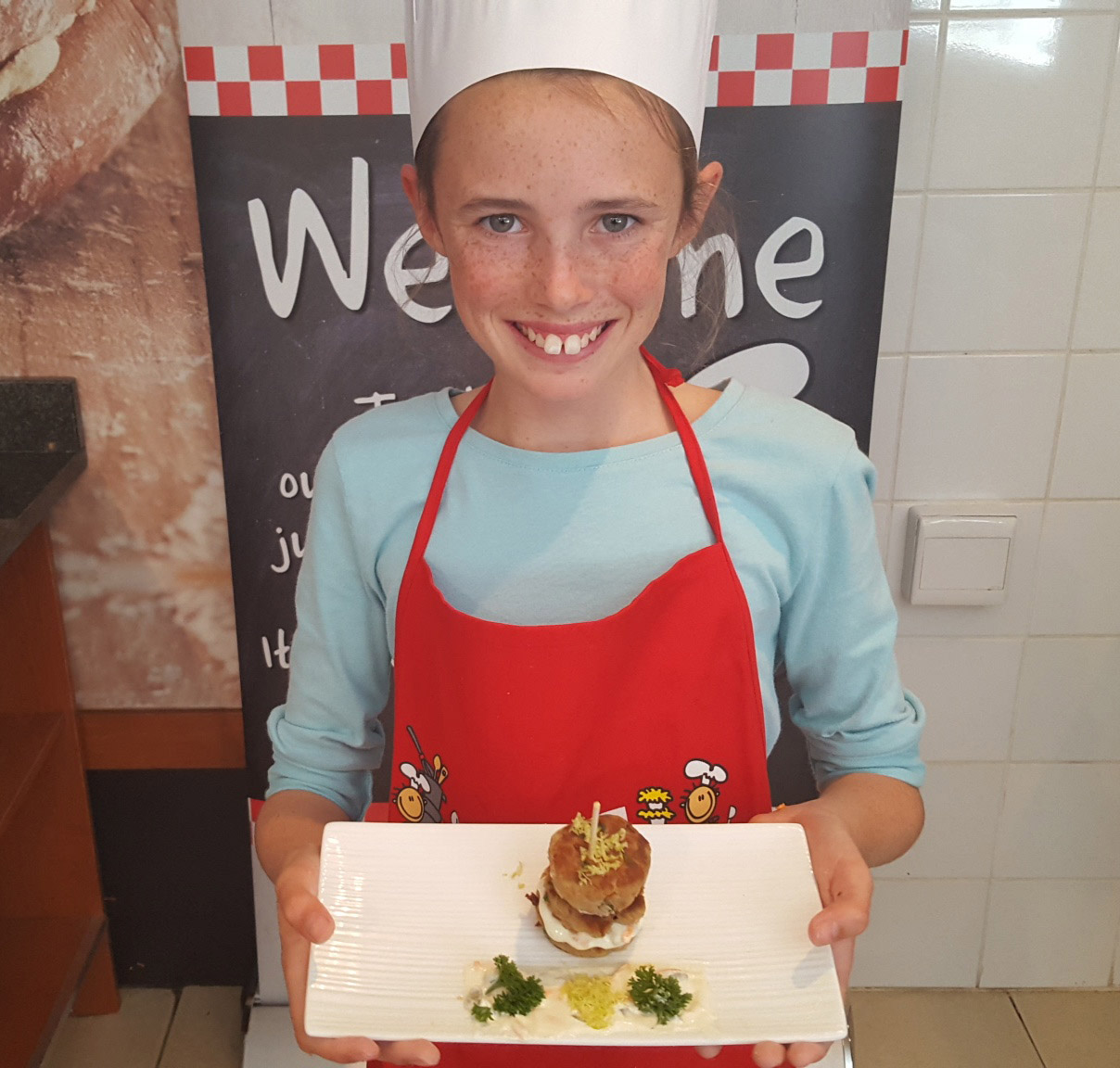 Issued by: Coetzee Gouws
On behalf of: SPAR Eastern Cape