On another exciting day of schoolgirls hockey, in which six schools competed for the title, York lost their opening match and had to win their final game to stand a chance of contesting the final.

They duly won their last pool game to edge Langenhoven Gymnasium for a place in the final and rode that momentum to defeat Oakhill, from Knysna, 1-0 in the 25-minute encounter.

Anushka September was voted the most promising umpire and rewarded with a hamper from hockey equipment supplier Grays.

Eastern Cape tournament director Peter Wilson said it had been another fantastic festival of schoolgirls hockey.

“It was a magnificent day. Everyone appreciated the SPAR sponsorship and the girls enjoyed the chance to play on the Outeniqua High astro.”

The tournament was started six years ago in KwaZulu-Natal by former SA women’s hockey manager Les Galloway and has since been introduced in the Western Cape and Eastern Cape.

Galloway, now the national tournament director, believed the concept was here to stay.

“We have been blown away by the reception we have received in all the regions. The tournament has created massive excitement among the players and supporters.”

She said the exposure was exciting for the girls and the sport and had unearthed some really good hockey talent in the region.

“I’m super excited about how the tournaments have gone and am obviously looking forward to making it a long-term project.”

Wilson thanked the hosts for their assistance as well as SUPERSPAR Heather Park for handling the catering on the day. 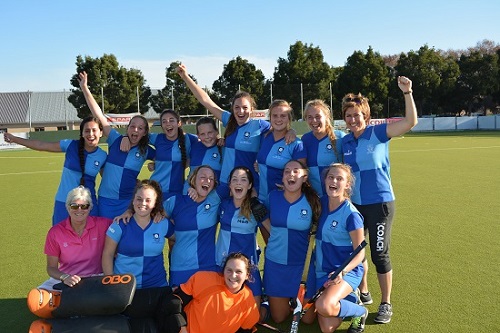