Fresh from victory in the Prince’s Grant National Amateur Invitational, NMMU’s Luke Jerling will be aiming to make a further impact on South African golf when the Challenge Cup takes place in Johannesburg from May 16 to 20.

The 23-year-old lefthander will be a key member of the University Sport SA side, which is one of six representative teams.

“It feels good to be chosen for a team knowing that you have performed well enough to be selected,” said Jerling.

“This will be my first Challenge Cup and I really enjoy the match play format, so I’m hoping to perform well.

“I have not seen the team sheets yet, but I can only imagine that Central Gauteng will have a really strong team – along with home ground advantage.”

The KPMG NMMU Golf Club member, who went to Sunridge Primary and Grey High, recalled spending hours on the Londt Park driving range trying to reach the 100-metre mark with his driver.

Thanks to continued encouragement from his dad, Peter, that experience set Jerling on a path through the provincial junior ranks, culminating in him winning the national U19 match play title and being selected for the Junior World Cup in Japan in 2010.

He then received a scholarship from Lamar University in Texas and enjoyed the experience of competing at the highest level in US college golf.

“After completing my undergraduate degree in finance, I moved back to PE to study a post-graduate diploma with the goal of learning more about the financial sector of business.”

Jerling, who plays off a plus three handicap, paid tribute to the role that the club has played in his development.

“It allows us to use top-class practice facilities at Humewood, as well as receive coaching and play competitive rounds against fellow students.”

Jerling acknowledged that the Prince’s Grant victory had lifted his confidence after some challenging times in the last three years.

“I went through a major slump during my last few years in America.

“Many swing changes and mental blocks led to poor performances, and it led me to the point of questioning my abilities and whether I still wanted to play competitively.

“That’s why the win was particularly special and rewarding.”

He is targeting a place in the top 10 of the national amateur rankings, which would be the prelude to trying to earn a spot in the Sunshine Tour qualifying school in December.

Jerling, who arrived back home in September last year, acknowledged his parents and coach Graeme Whale as the major influences in his career.

“My parents have been there for me through the good times and the bad. Knowing they support my dream is a nice feeling.

“And without Graeme my game would definitely not be where it is now. His passion and belief in my game has motivated me to work harder.”

The Challenge Cup takes place at Parkview Golf Club, where the students will be up against the Saga Junior and Presidents teams, Central Gauteng, Western Province and Gauteng North. 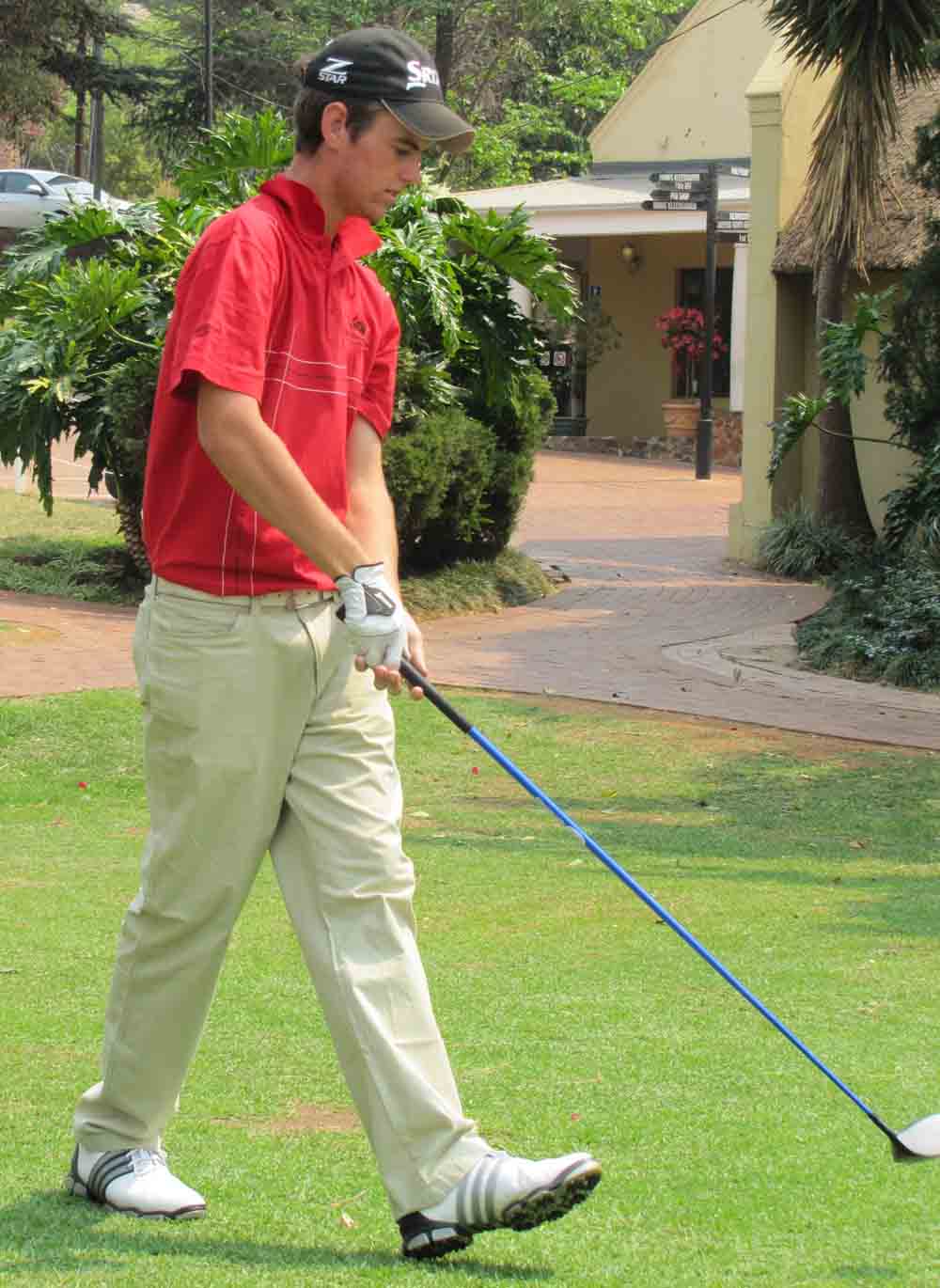 KPMG NMMU golfer Luke Jerling will compete with renewed confidence in the Challenge Cup in Johannesburg next week. Photo: supplied