A contingent of University of Johannesburg hockey players returned from Namibia last month, excited with the experience gained from helping South Africa qualify for the Junior World Cup.

UJ fielded four players – Carmen Smith, Cheneal Raubenheimer, Kristen Paton and Marizen Marais – in the women’s U21 team, which won the tournament by defeating Zimbabwe in the final.

This enabled them to qualify for the World Cup to be played in Santiago, Chile, from November 23 to December 4.

The men’s World Cup takes place in India from December 1 to 11.

Besides the players, others closely involved with UJ hockey contributed to the success of the South African teams.

Le Roux said the tournament had been an excellent learning experience for the players.

“My personal view is that the UJ players did very well and were all excited to be representing their country. I believe we can be proud of their contributions.

“The exposure and experience they gained was very good and although the competition perhaps was not as strong when compared to facing European teams, the African tournaments are never easy.

“As an institution, we could not be prouder of the efforts our hockey members put into the qualifier and I think everyone learnt from the experience.”

The U21 SA members now face an important period when they take part in the senior men’s and women’s interprovincial tournaments in Randburg from April 24 to 30.

The national sides will compete as individual teams at the interprovincial, which will be a key selection competition for the Junior World Cups. 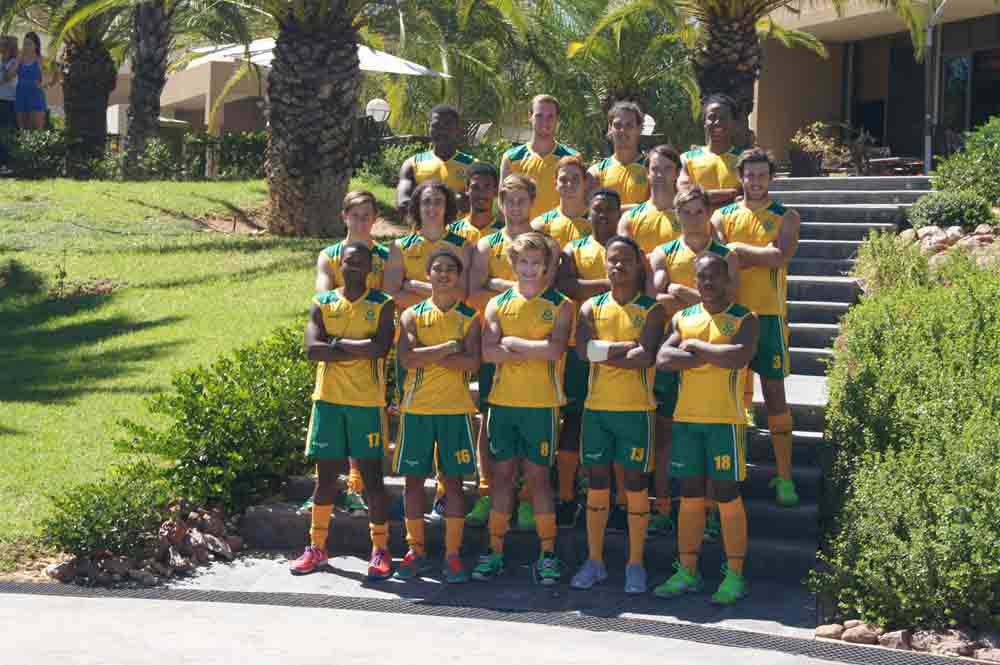 The SA U21 men’s hockey side that took part in the recent Junior World Cup qualifier in Zimbabwe. Photo: Stephen Halle